The original plan was to sail offshore to Ft Lauderdale and wait for a weather window to cross the Gulf Stream to Bimini.  As we were sailing down the coast, we decided we should pull into the Lake Worth Inlet at West Palm Beach and stage for a more northerly crossing of the Gulf Stream.  Then when we were off the coast of Jupiter, north of the Lake Worth Inlet, we had favorable conditions and decided to simply turn left, keep sailing and head directly to West End on Grand Bahama Island.  Fifty five  hours after leaving Fernandina we were finally back in the Bahamas.  Clearing customs and immigration there was simple since the office is adjacent to the fuel dock.  We obtained our cruising and fishing permit and immigration gave us a 140 day visa, long enough for our stay in the Bahamas. 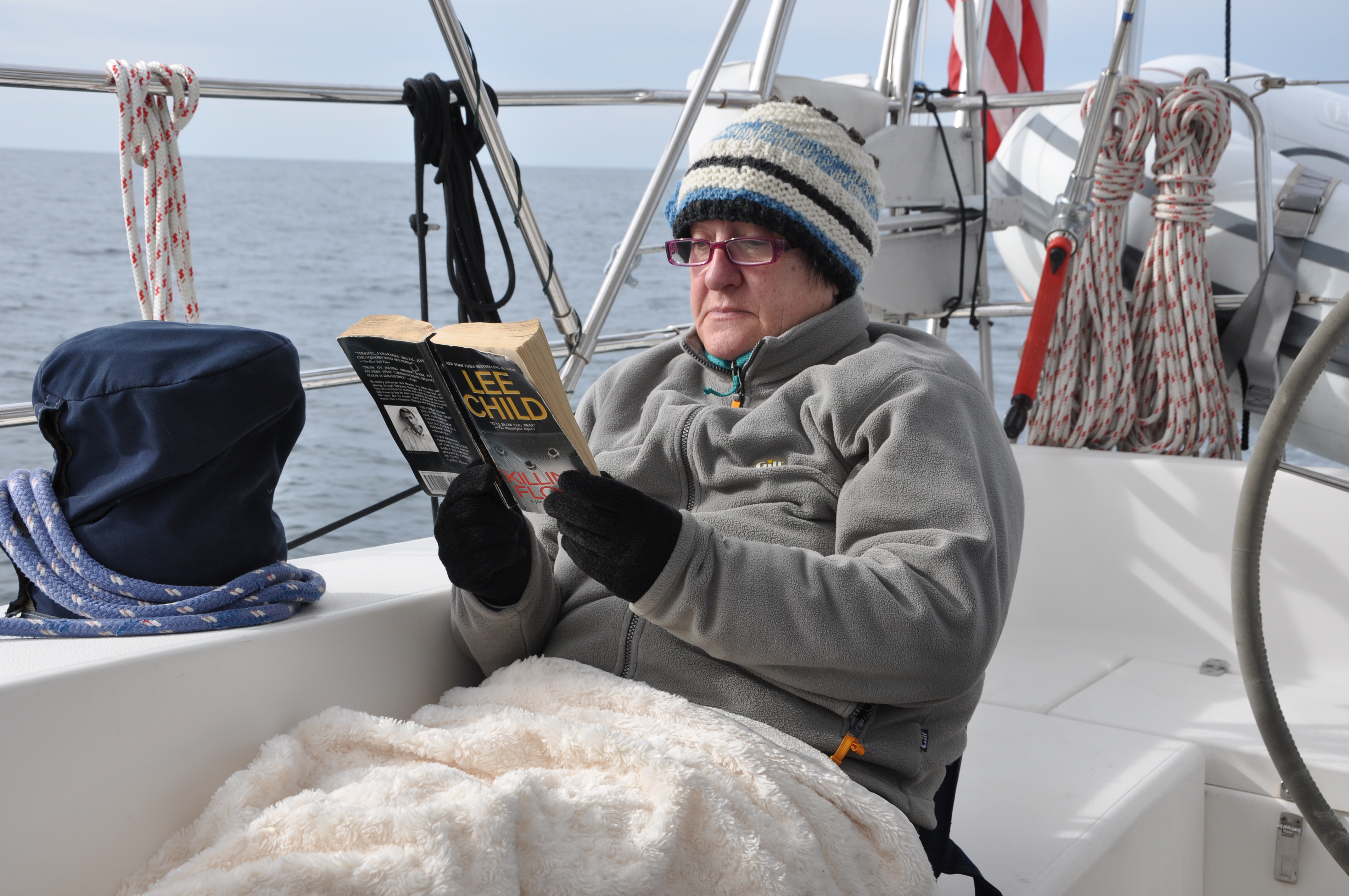 The cool (Ginnie said it was cold) weather was with us throughout northern Florida. 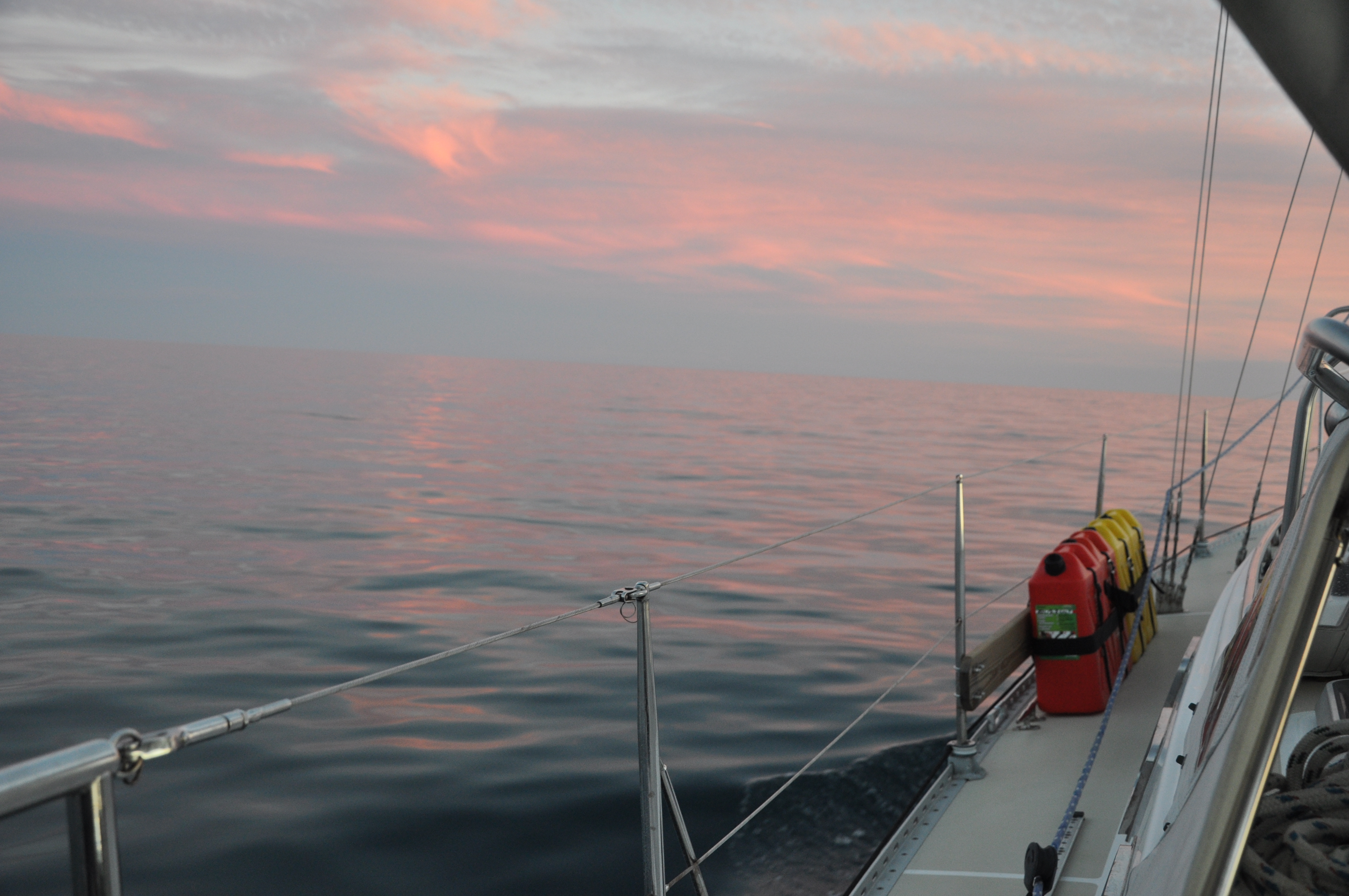 This was our first sunset as we entered the Gulf Stream.

This year we crossed the Gulf Stream at night and had a couple of hitch hikers. The small bird landed on the dinghy first, found a calm spot under the seat bag then later flew in under our dodger.  The larger one circled us many times trying to find a place to land.  He eventually landed on the top of the radar dome.  Just as it was getting dark I heard a splash, he must have fallen asleep and slipped off.  Undaunted he again circled us and made a landing on the cabin top.  A much better place for a nap.  By morning both birds were gone. 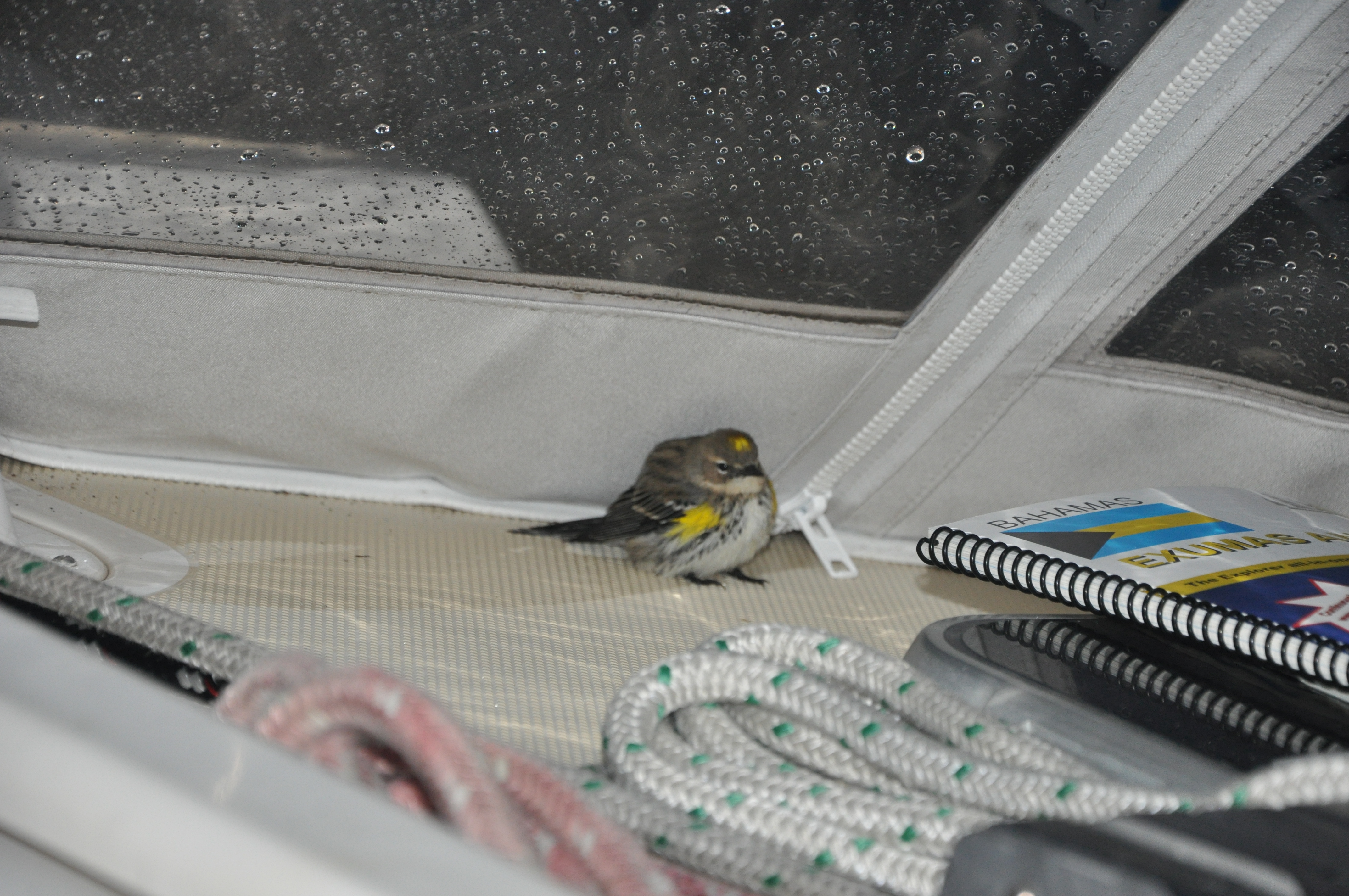 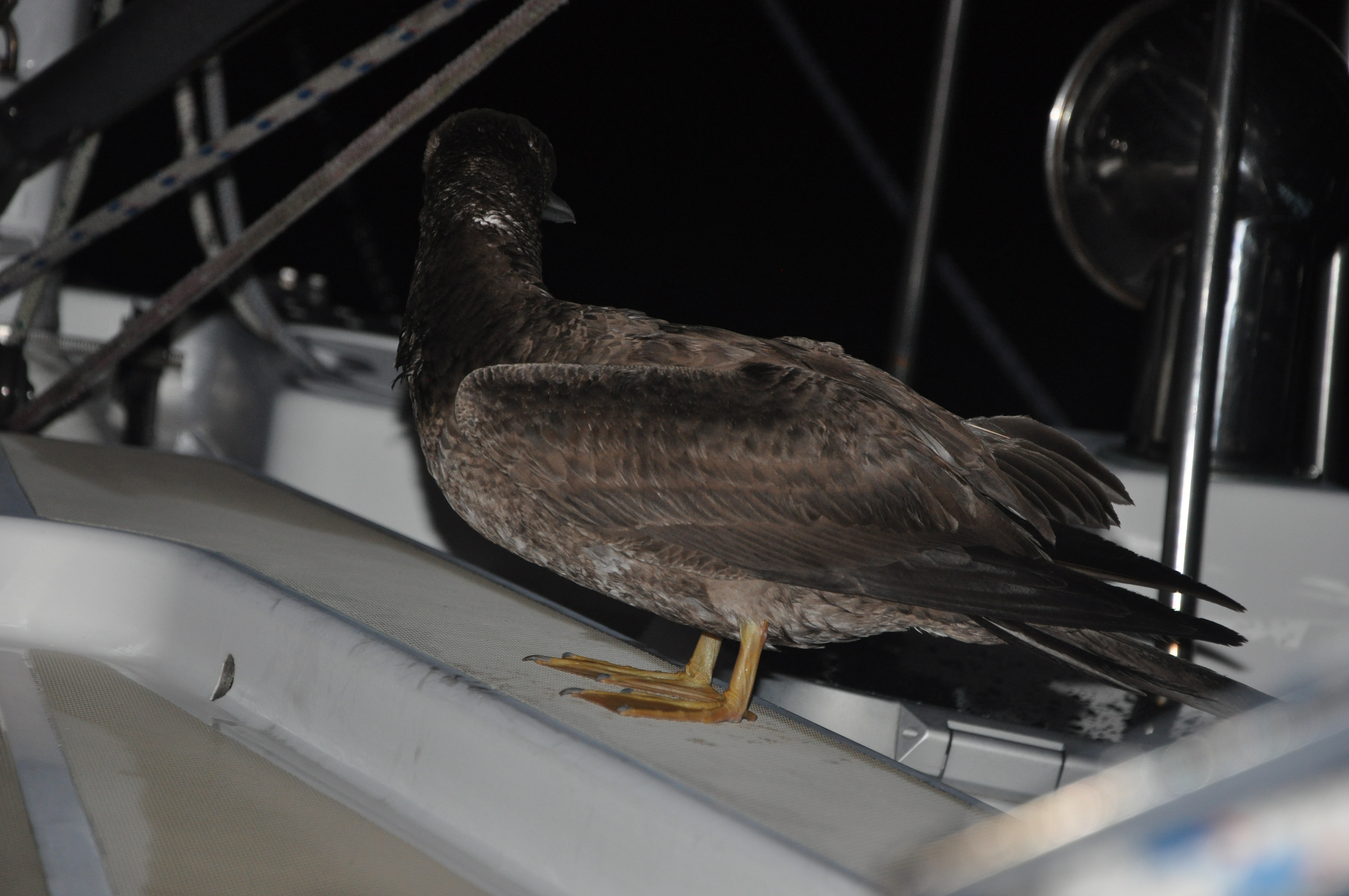 Dolphins love to play in the bow wave of boats, but only if you are going fast enough for them.  Thank goodness we have a Saga 43.  There were six or seven in this pod and they stayed with us for over 20 minutes.  When they approach the bow they actually roll on their sides and look up at you. Sarah said they are called spinner dolphins. 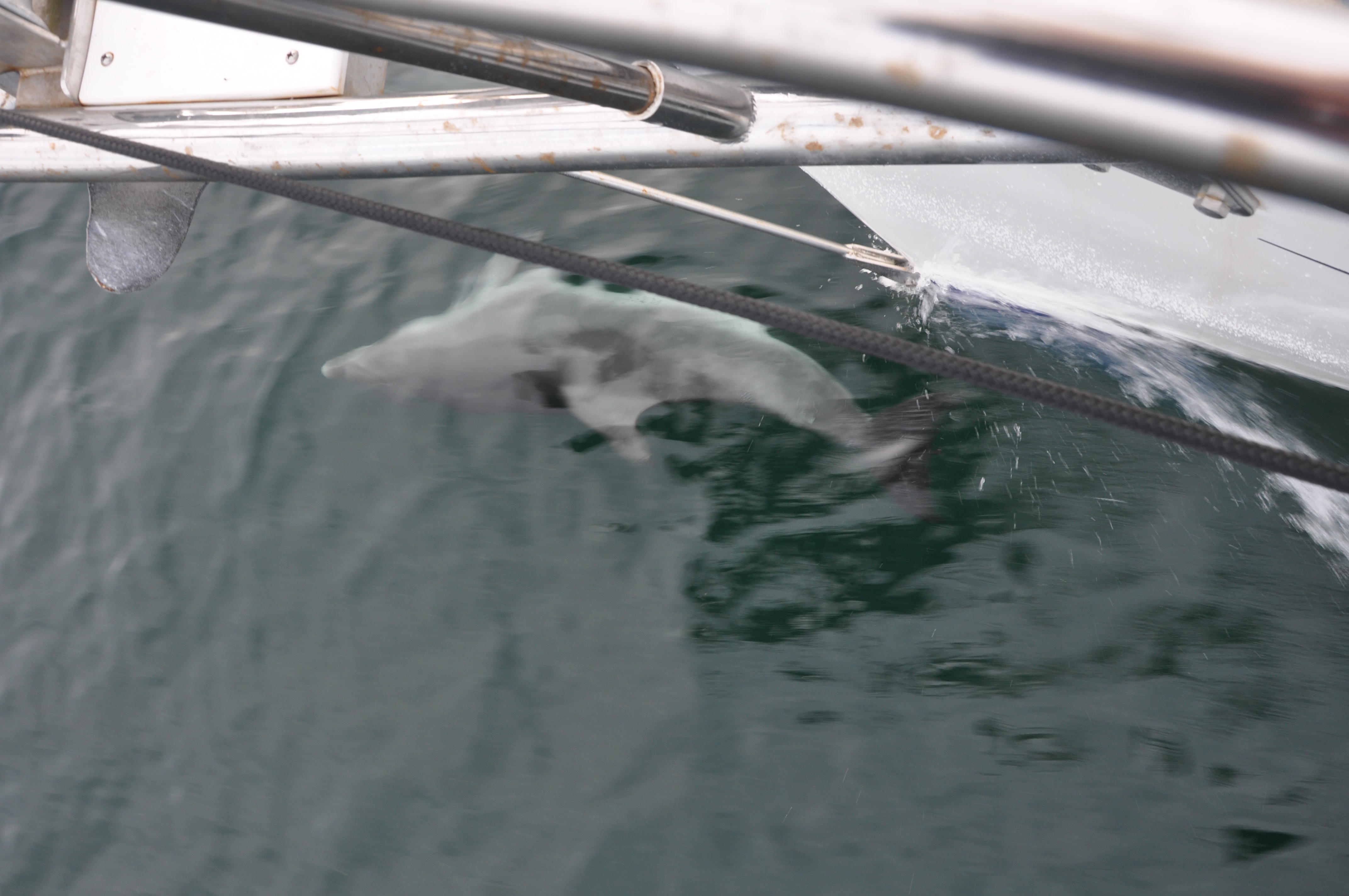 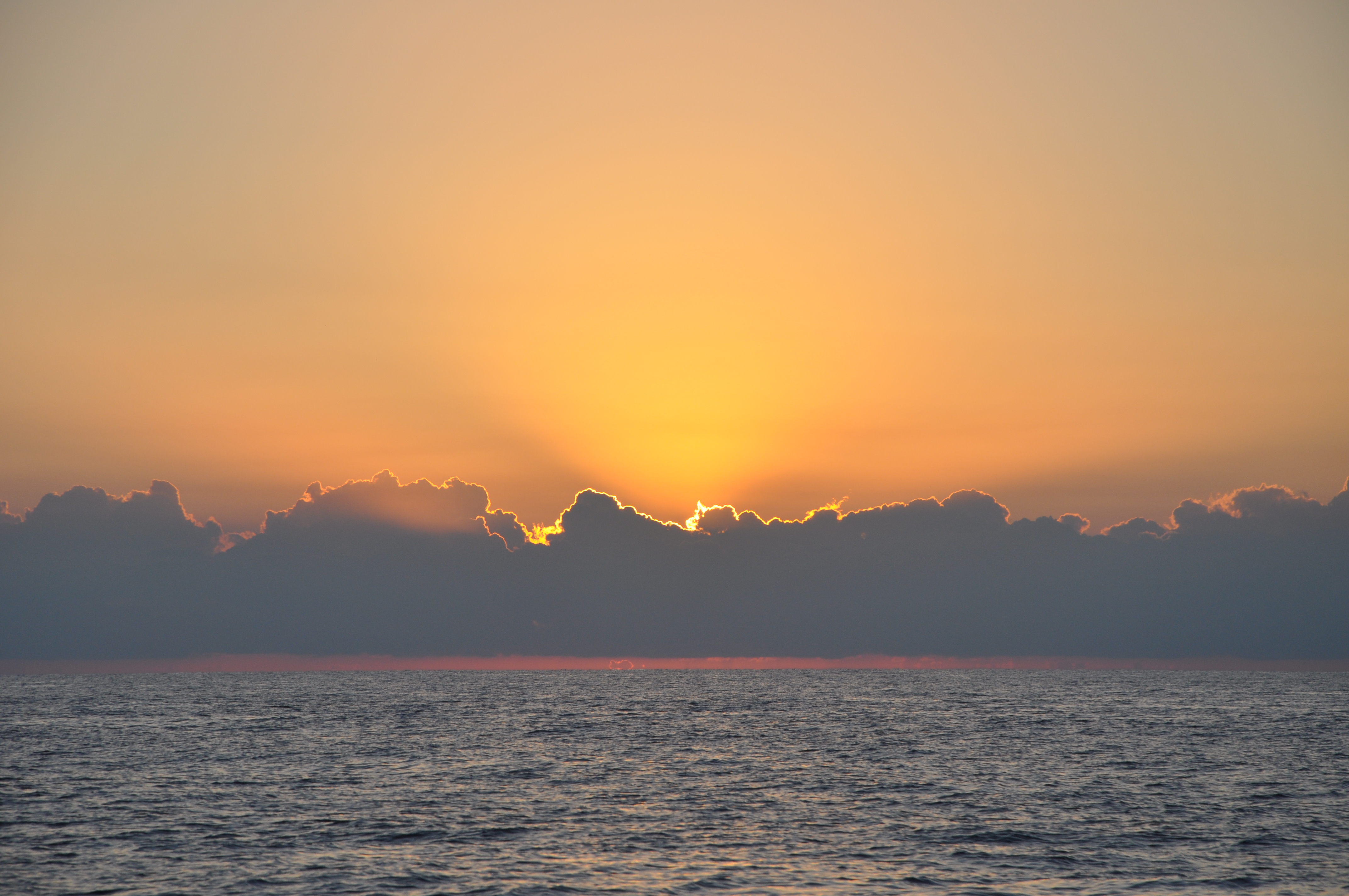 Our first sunrise on the east side of the Gulf Stream on our way to West End.