This year we wanted to return to Little Farmers Cay during the 5 F’s festival.  Farmers Cay Festival on the First Friday of February.   Locals are joined by Bahamians from other islands as well as cruising visitors for food, music, dancing and Bahamian C- Class racing.  These C- Class boats are just amazing.  With their wood masts, Egyptian cotton sails and hiking boards these boats are a handful.  This is a very competitive class in the Bahamas.  The ship below unloaded five racing boats at the dock in front of the Farmers Cay Yacht Club. 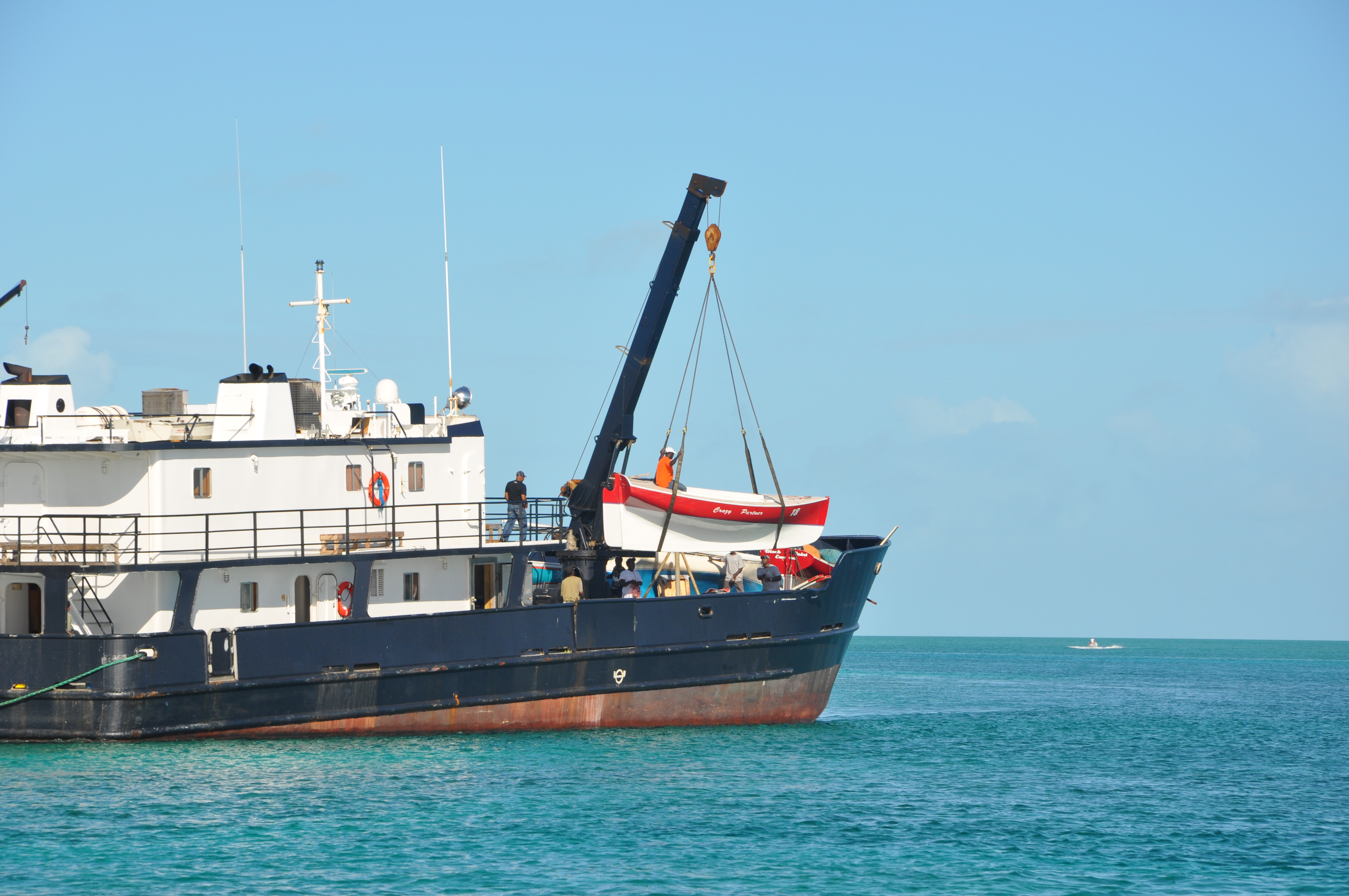 Unloading one of the race boats.

We decided to stay at a mooring in front of the Farmers Yacht Club owned by Roosevelt Nixon who we had met last year.  We were a short dinghy ride to the race course and to the cruiser festivities held at other locations on the island.

Terry Bain owner of the Ocean Cabin Restaurant organized some activities along with the cruisers.  A legs and butt competition for the guys-no I didn’t have a chance against a cruising gynecologist with shiny silver briefs.   He won hands down; actually his hands had nothing to do with his winning.  The second event was a wet-shirt competition for the ladies. I’ll let the photos tell that story.  My battery died in the camera for the third event, maybe just as well.  This entailed the ladies strapping on toilet bowl plungers and retrieving rolls of toilet paper from between their partners’ legs.  I’ll let your imagination run with that. 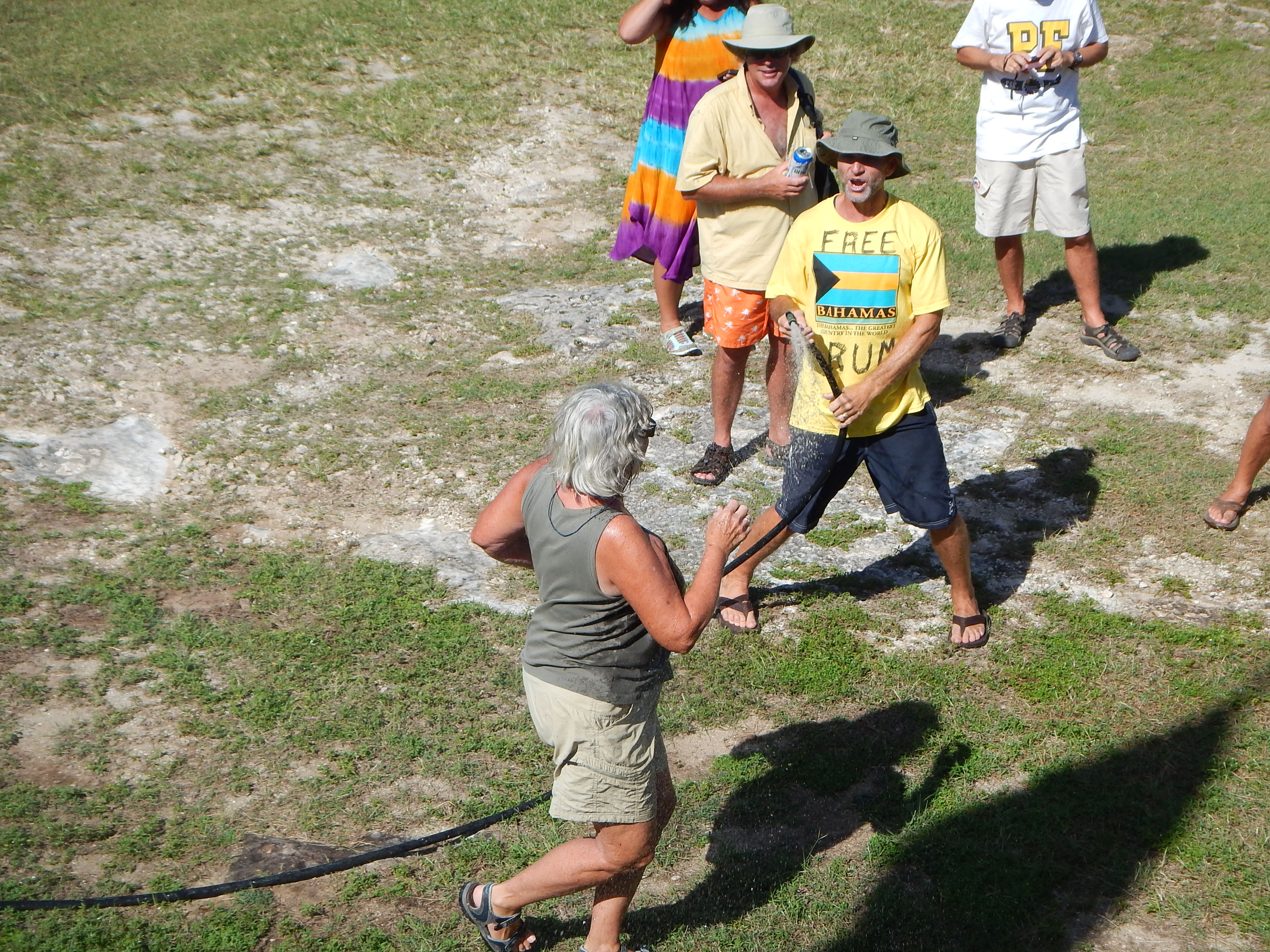 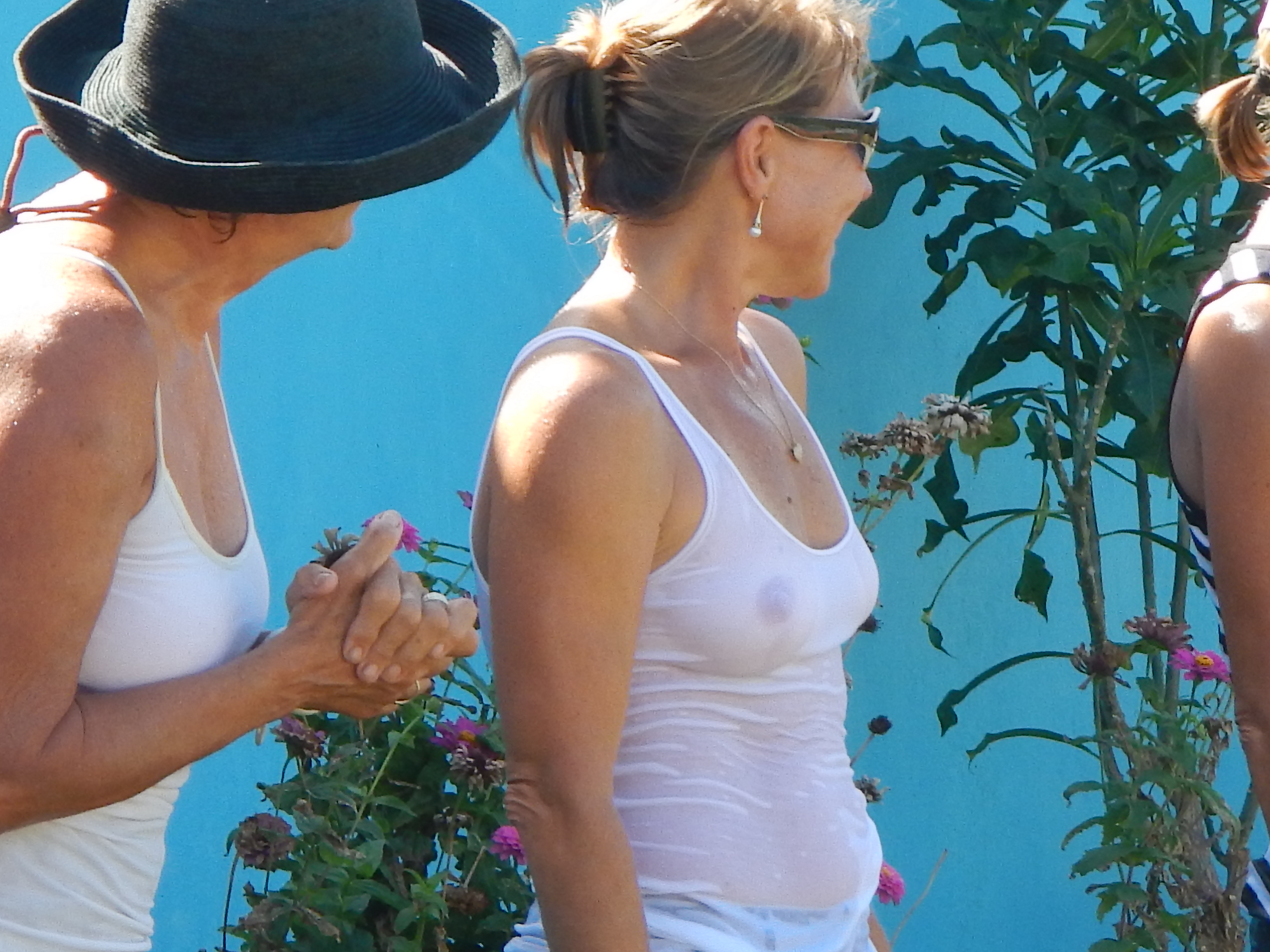 There were three races on Saturday, the photos below are from the first two. 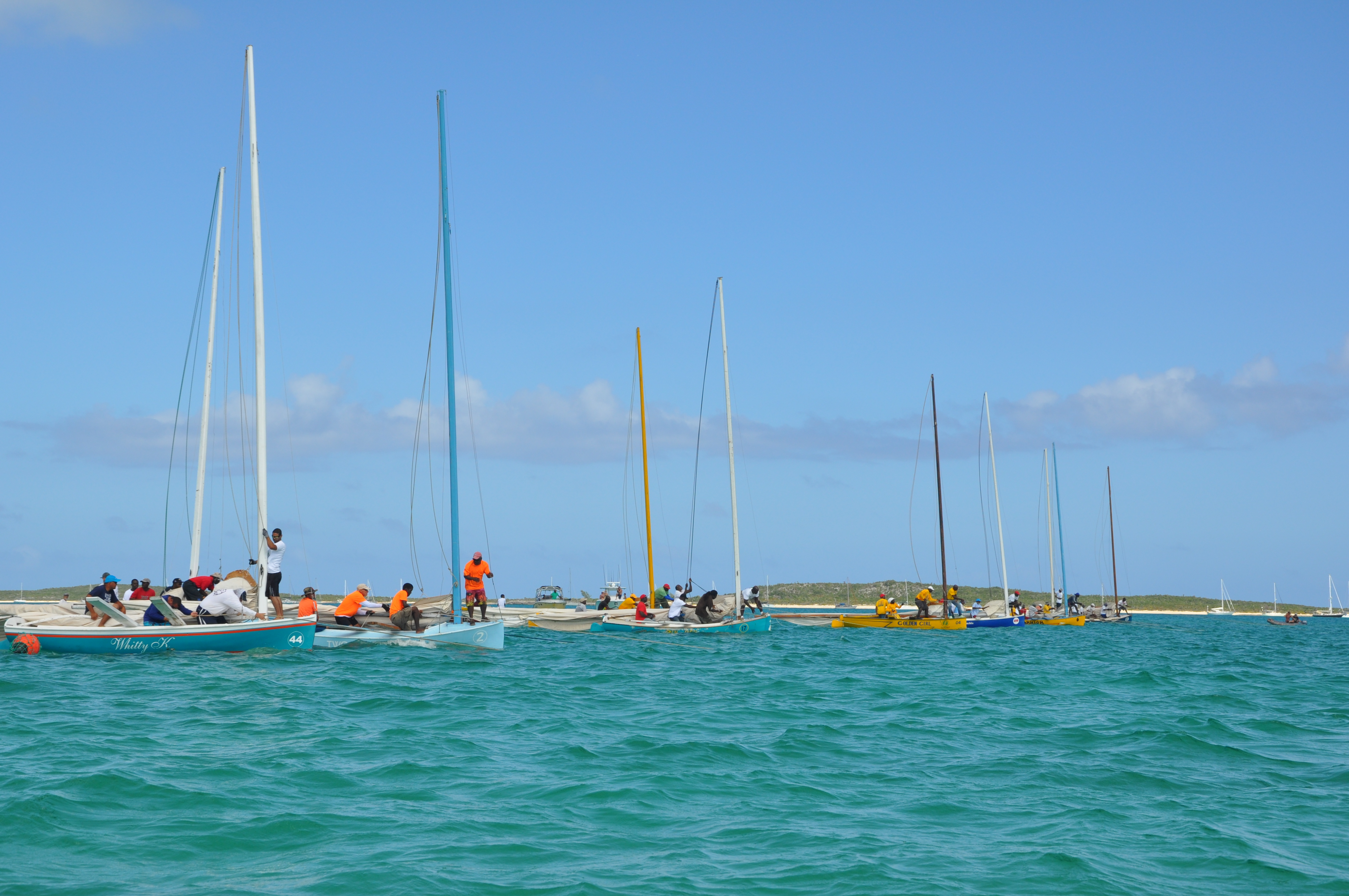 All boats must be anchored on the start line at least 15 minutes before the start.

When the race starts the bow crew feverishly pulls in the anchor and the sail is then raised, the anchors needs to be back on board as the boats start sailing. 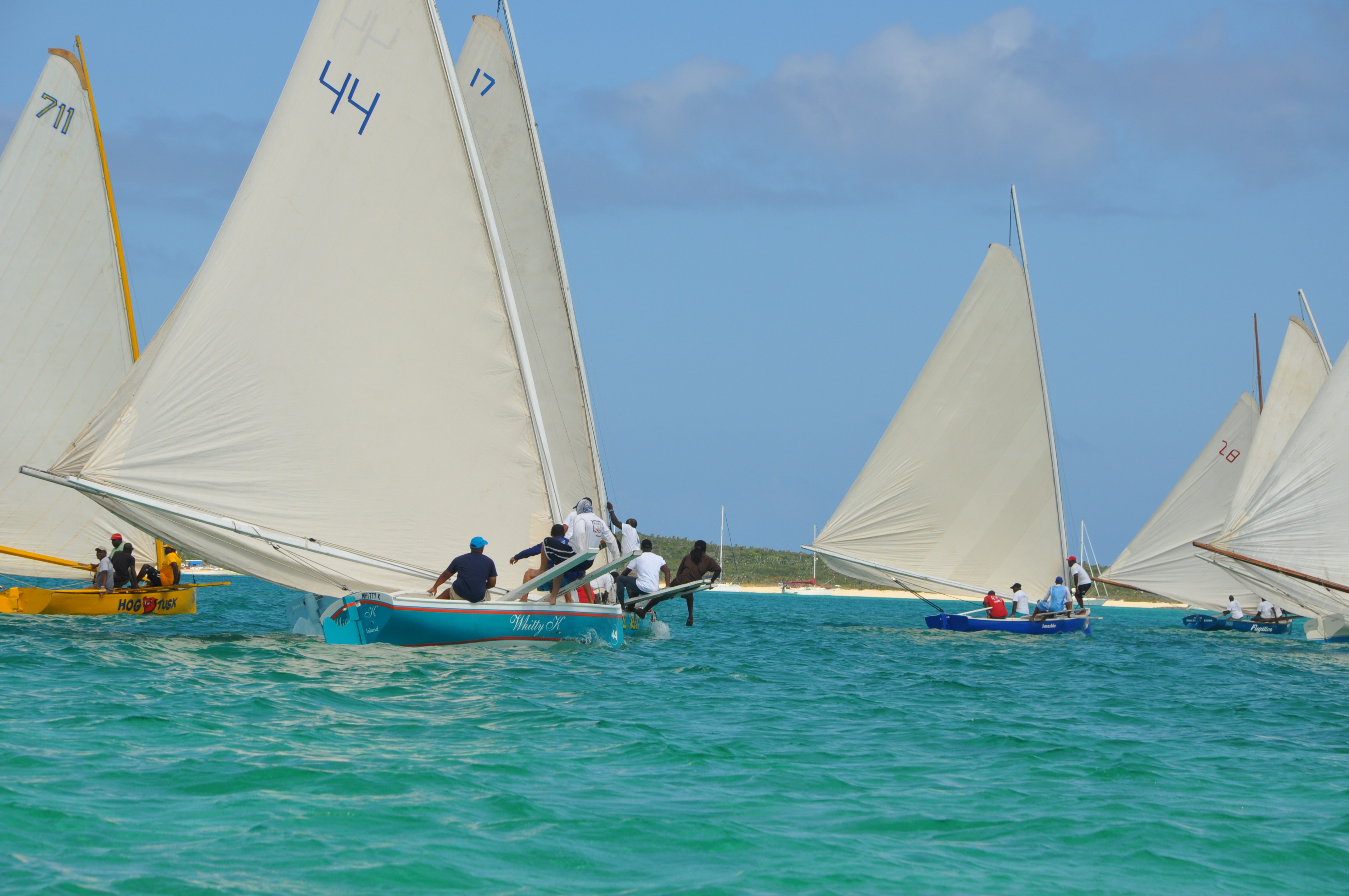 And the race is on…. 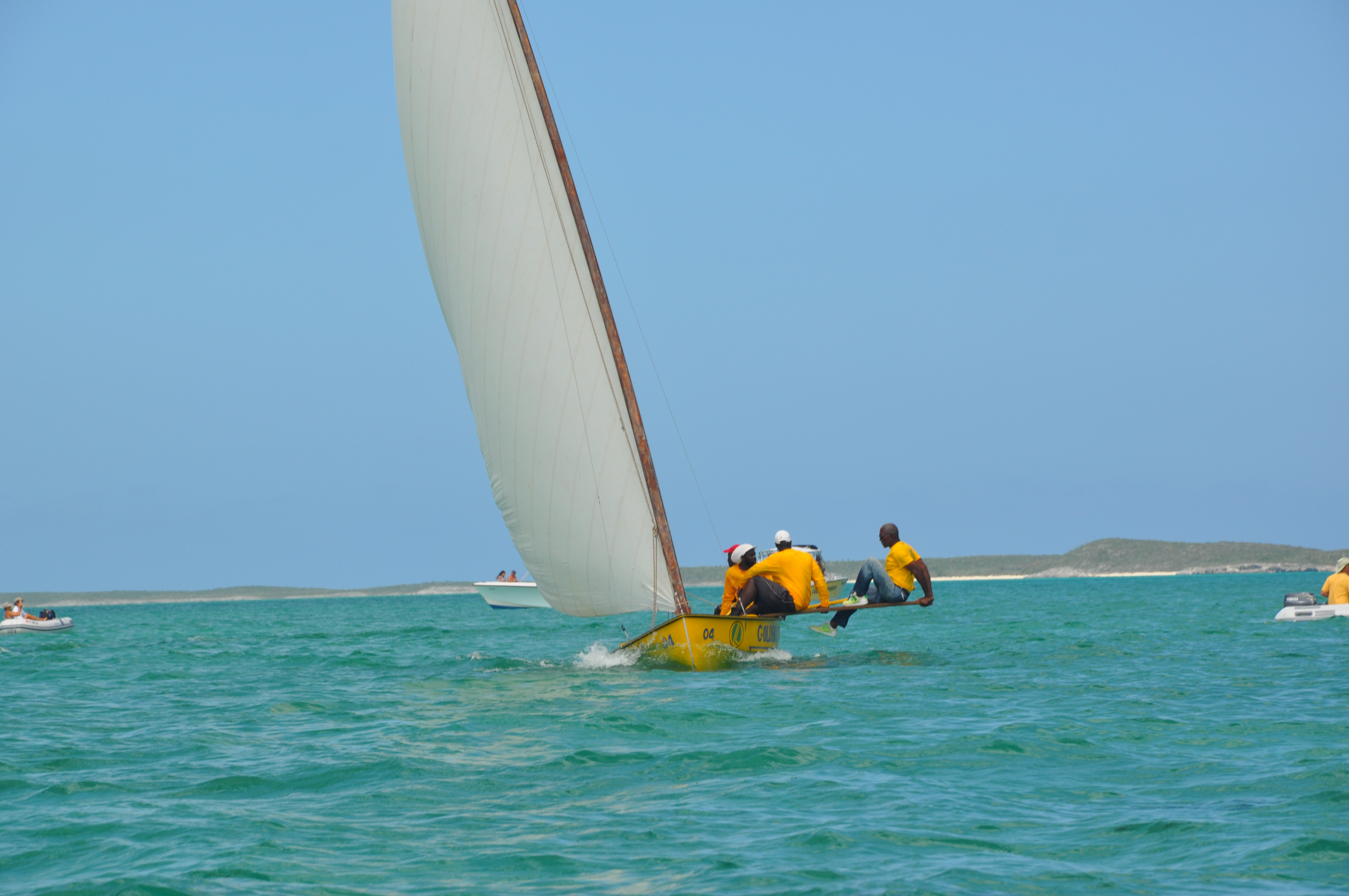 This is light wind sailing, can you imagine another 10 or 15 knots? 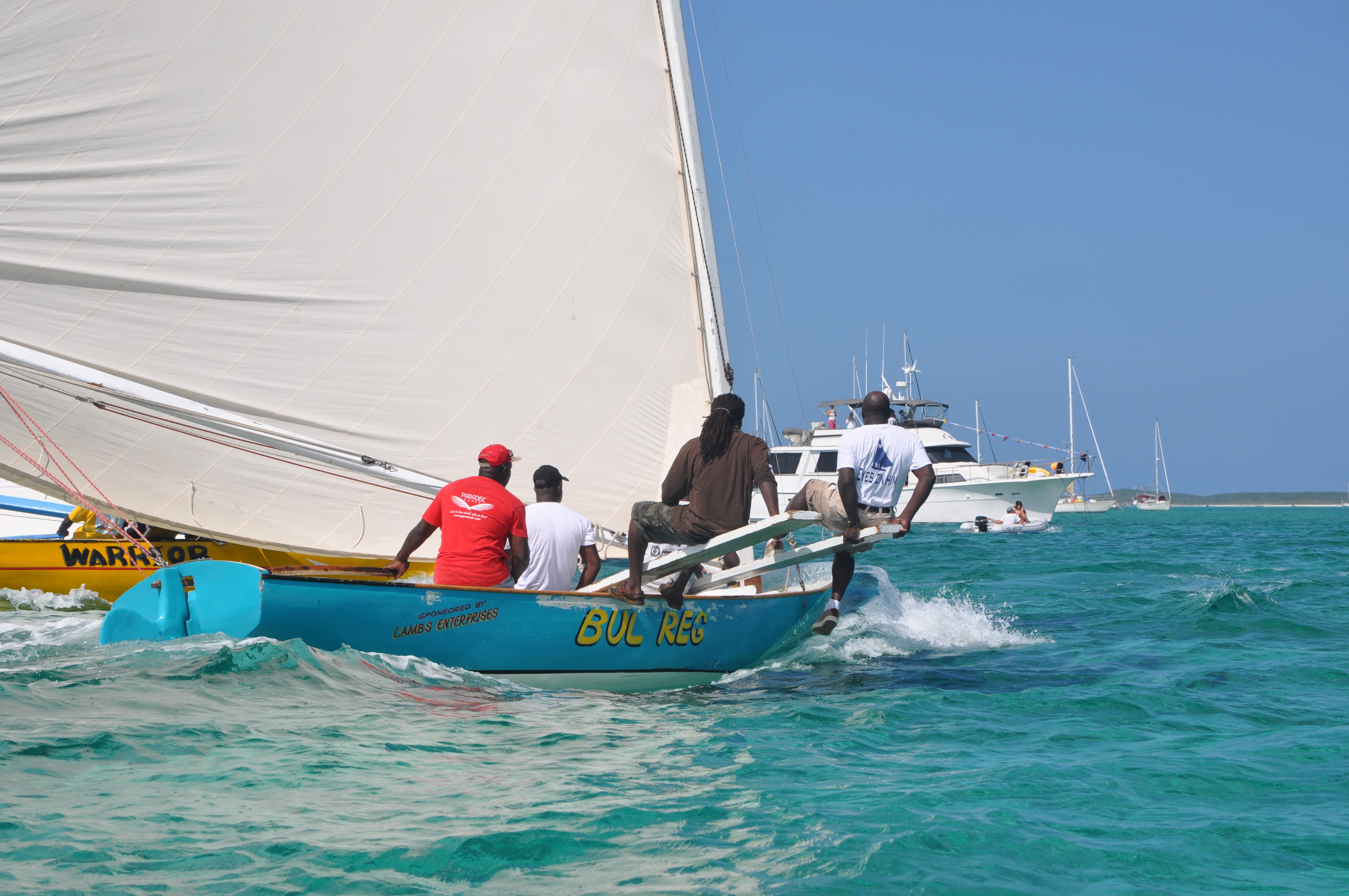 Bul Reg and Warrior heading for the second mark. 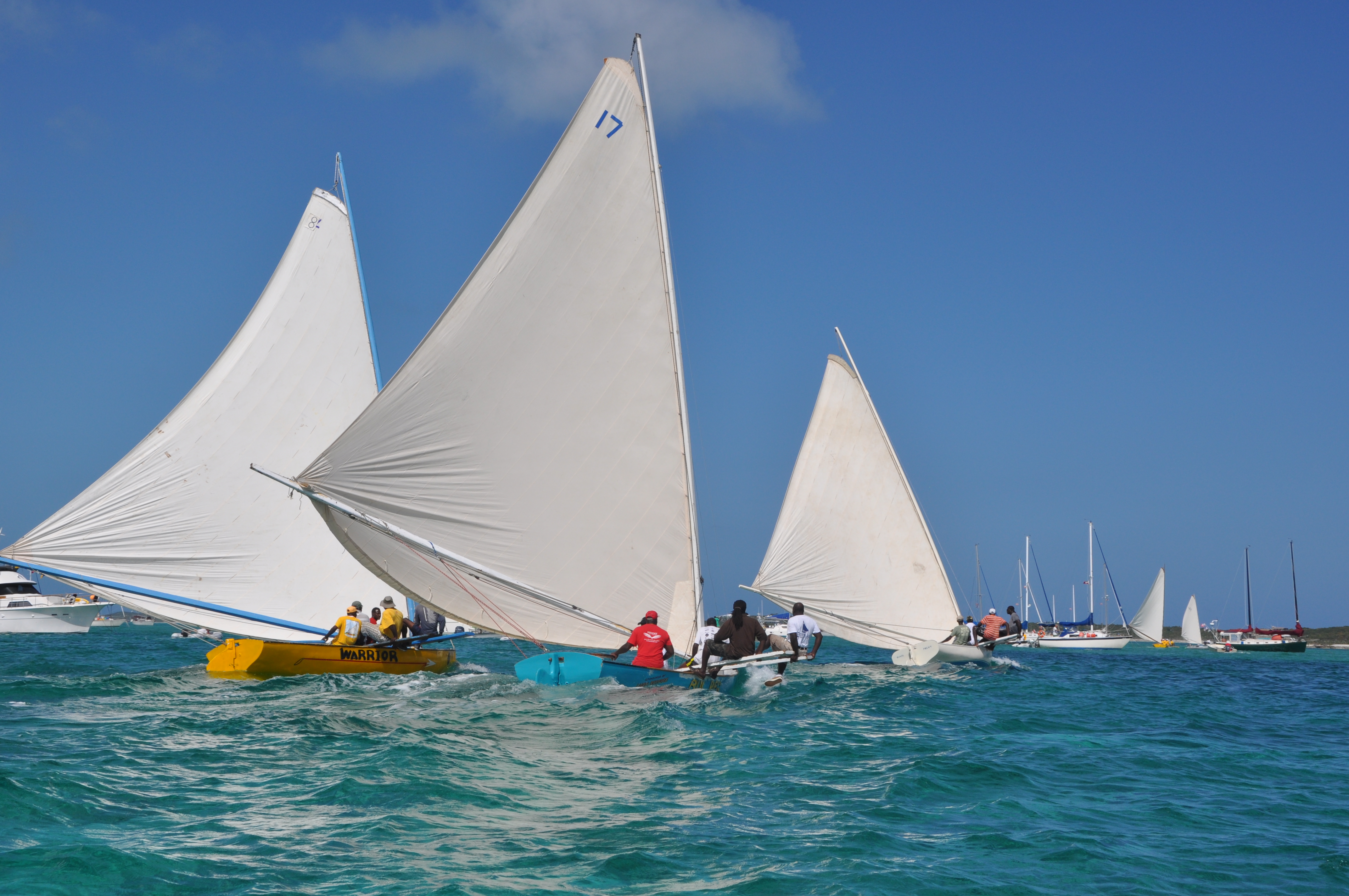 Check out how far the booms overhang the transoms on these boats. 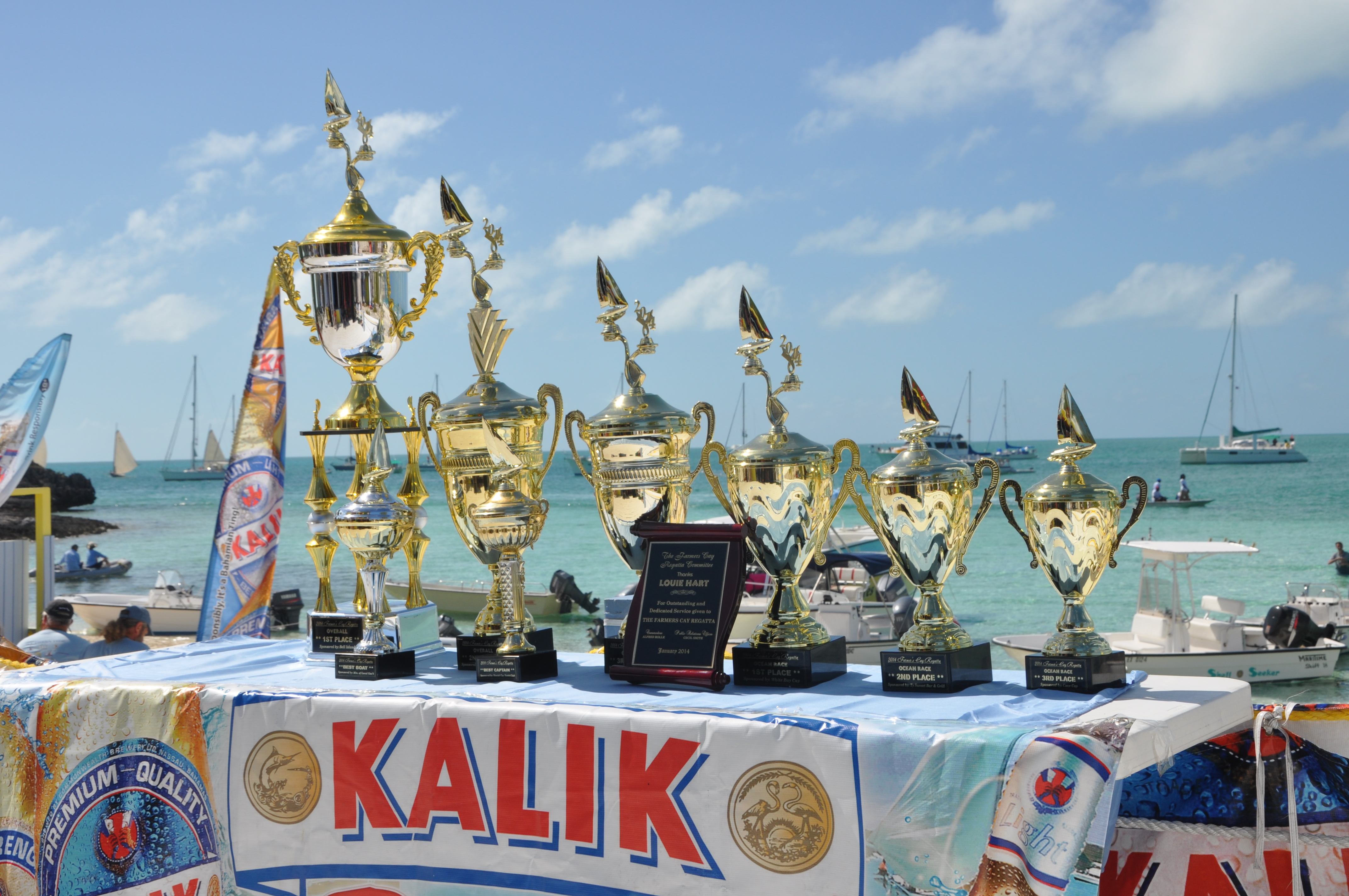 The trophy’s, provided we imagine by the Kalik beer company.  One phrase we have learned in the Bahamian lingo is “Two Kaliks Please”.  Every bartender seems to understand us.