There were about 125 boats at Little Farmers Cay for the 5-F’s Festival.  By 10:00 AM on Sunday morning, the festivities were over and most boaters were on their way to the next destination.  We missed stopping at Rudder Cut Cay last year, so I very much wanted to see the stainless steel piano and mermaid sculpture that David Copperfield had reportedly made for his girlfriend.  The piano sits in about 12 to 15 feet of crystal clear water in a cove at the west side of Rudder Cut Cay.  He owns Musha Cay, just to the north, and has a home there. 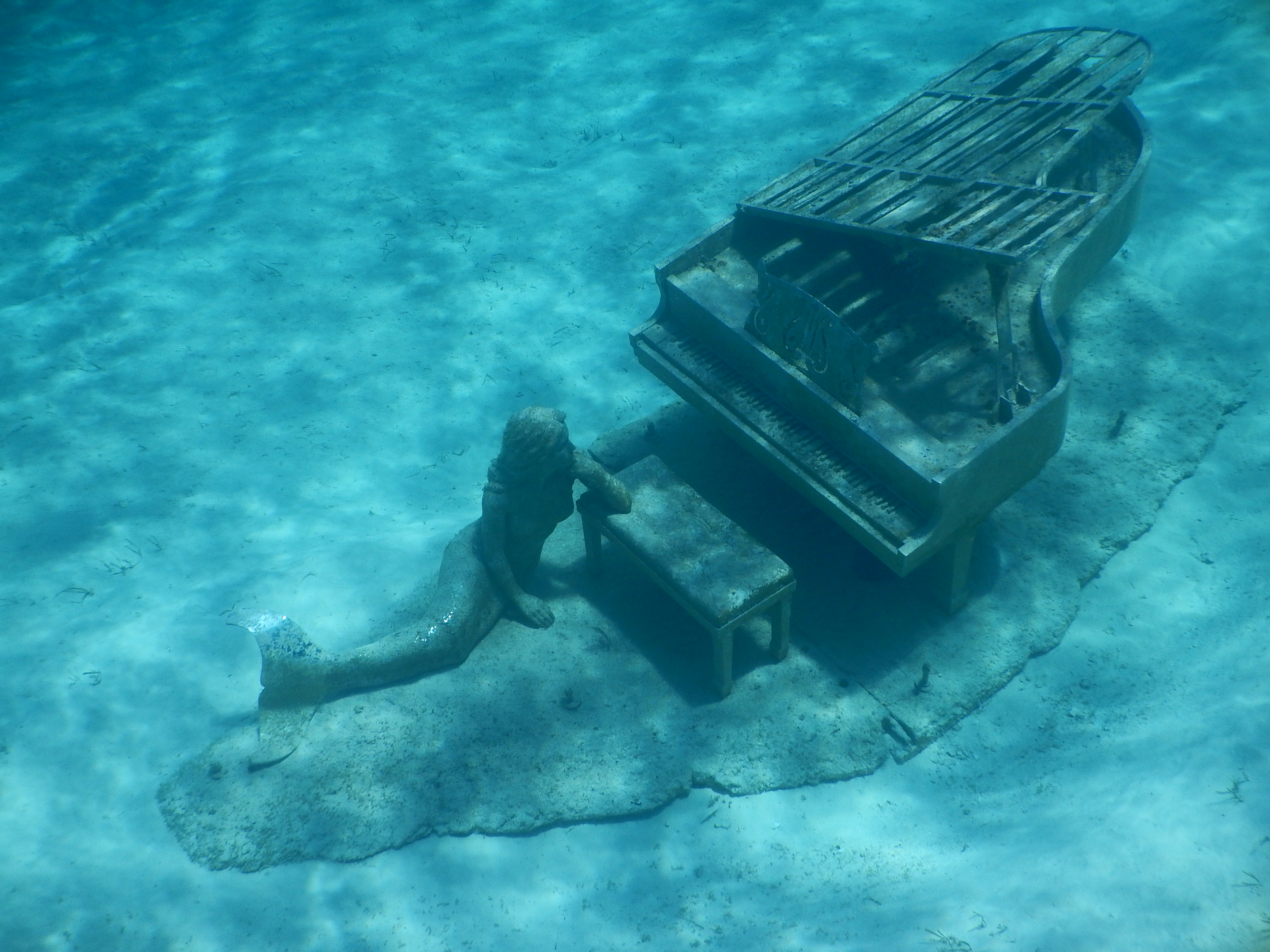 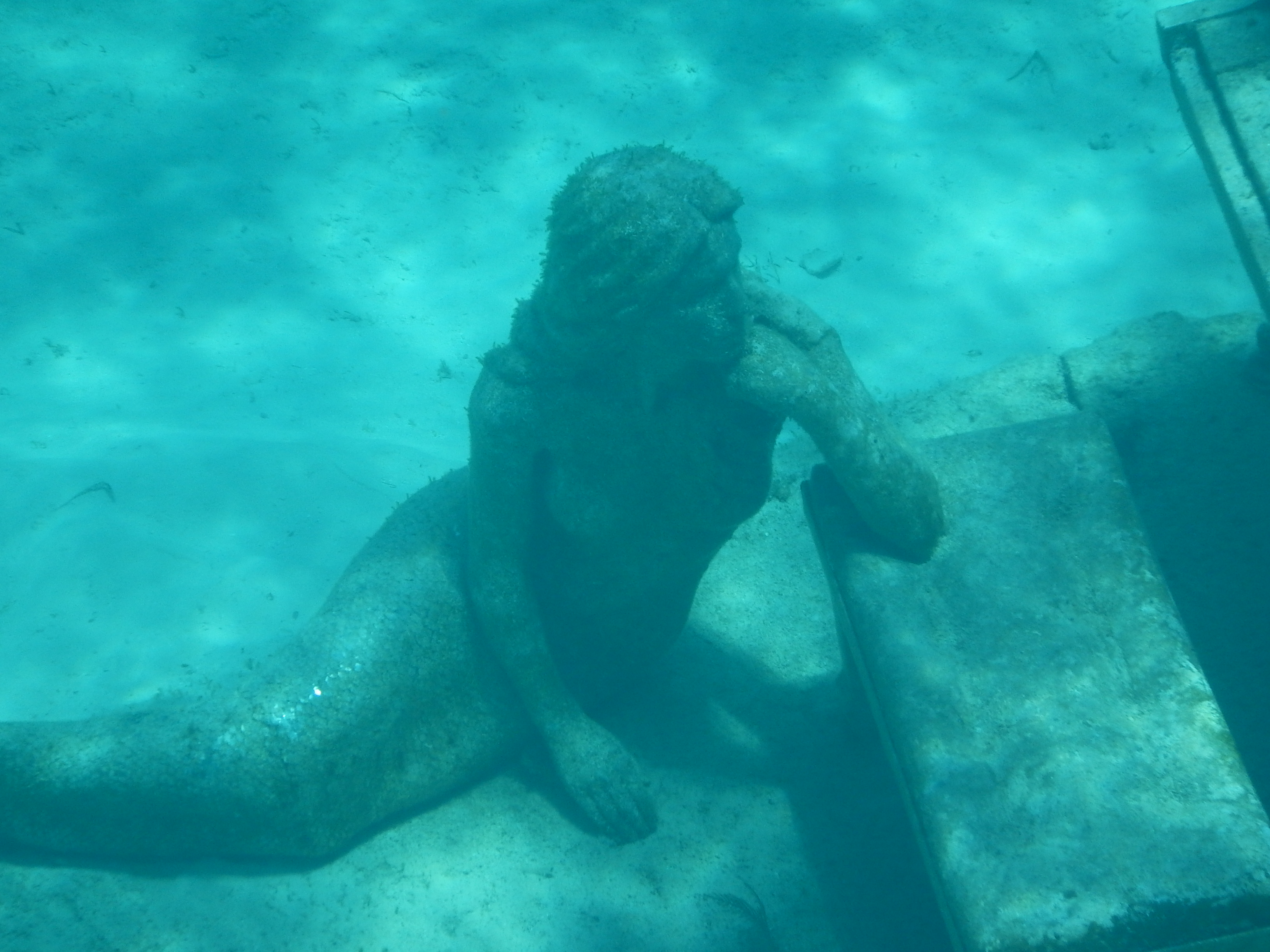 It’s interesting that in the US the passages from the ocean to inland protected waters are called inlets.  Here in the Bahamas they are called cuts.  The entrance from Exuma Sound to the Great Bahama Bank on the west side of the Exumas between Rudder Cut Cay and Little Darby Island is Rudder Cut.  If there have been strong easterly winds for a few days, and there is an outgoing tide, the waves in these cuts can become high, short in duration and downright dangerous.  When these conditions exist it is called a rage.  Most boats will avoid cuts when there is a rage condition…just not worth it.  We entered on a perfect day, calm water and no rage.

Just north of the cove with the piano was a cave cut into the coral bluff.  We were able to dinghy into the cave and actually beach the dinghy.  There were two holes in the ceiling of the cave that let light in. 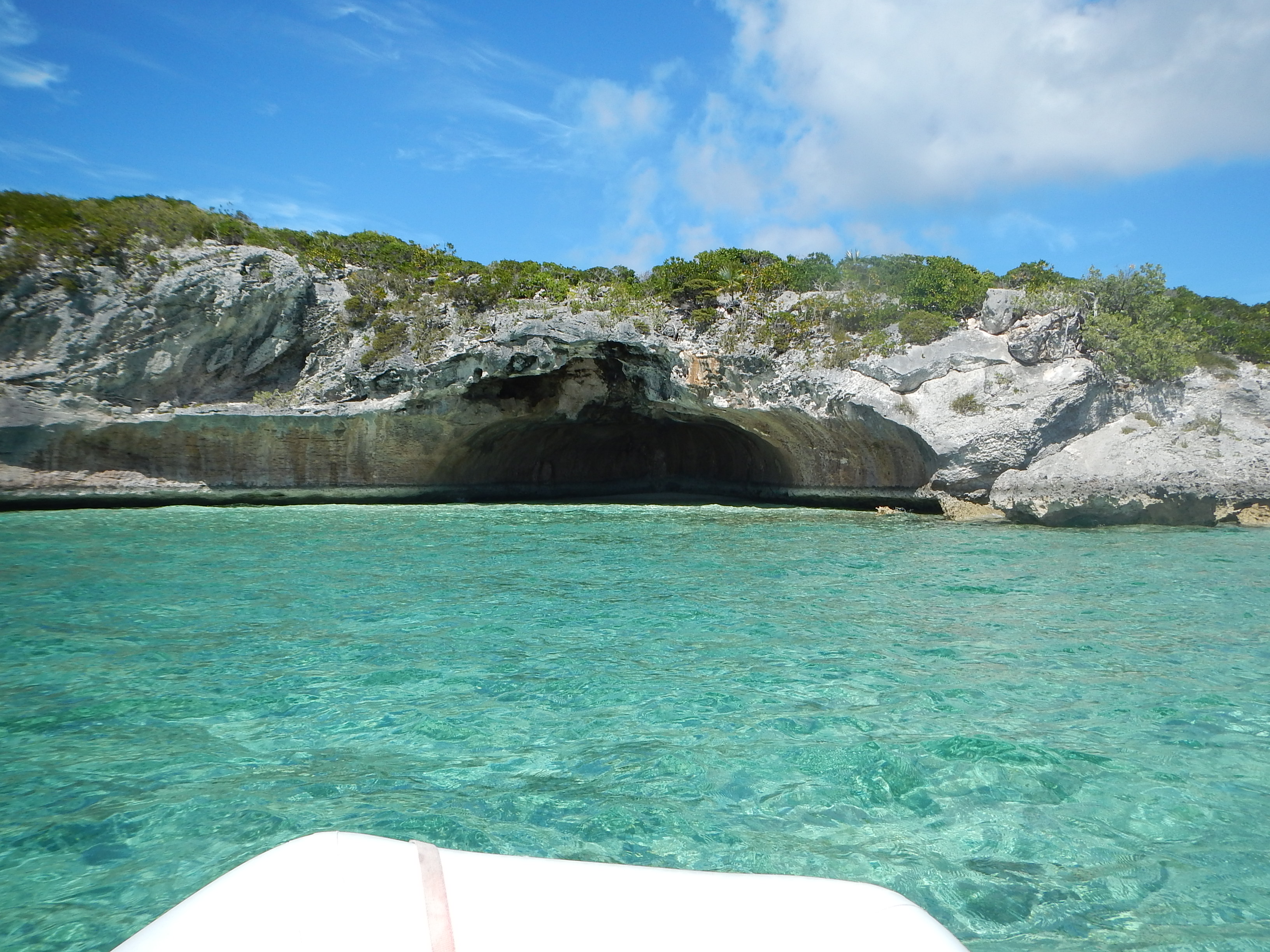 Approaching the cave from the south. 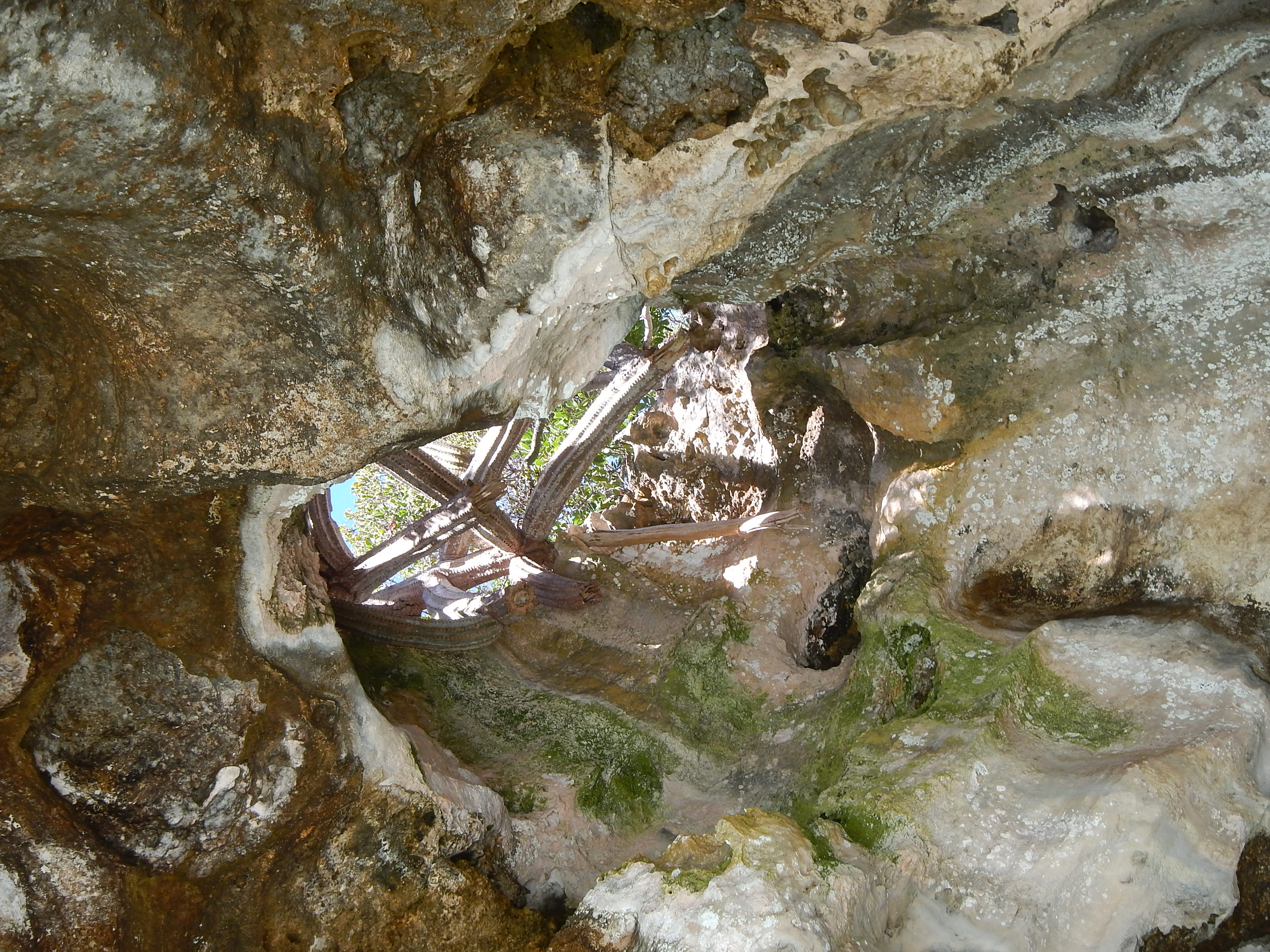 Looking up through one of the holes we found cactus growing over the hole.

Looking out from the interior of the cave, Ginnie is standing on the sand bottom holding the dinghy.