The sailing conditions were perfect and we had a full main and genoa flying.  If you have been following our blog you know that Firecracker is a fast boat.  During the Long Island Rally we only had one boat beat us on actual time, and that was Double Trouble, a 58’ Catana catamaran.  On corrected time she only beat us by 6 minutes and 4 seconds.  We were the fastest mono hull in the race on actual time.  Well we were not to be disappointed on our sail to Little Harbor.  One by one we sailed past every boat ahead of us except one.  Mono hulls and catamarans, it made no difference.  But that one boat ahead, who was that and what kind of boat could it be? 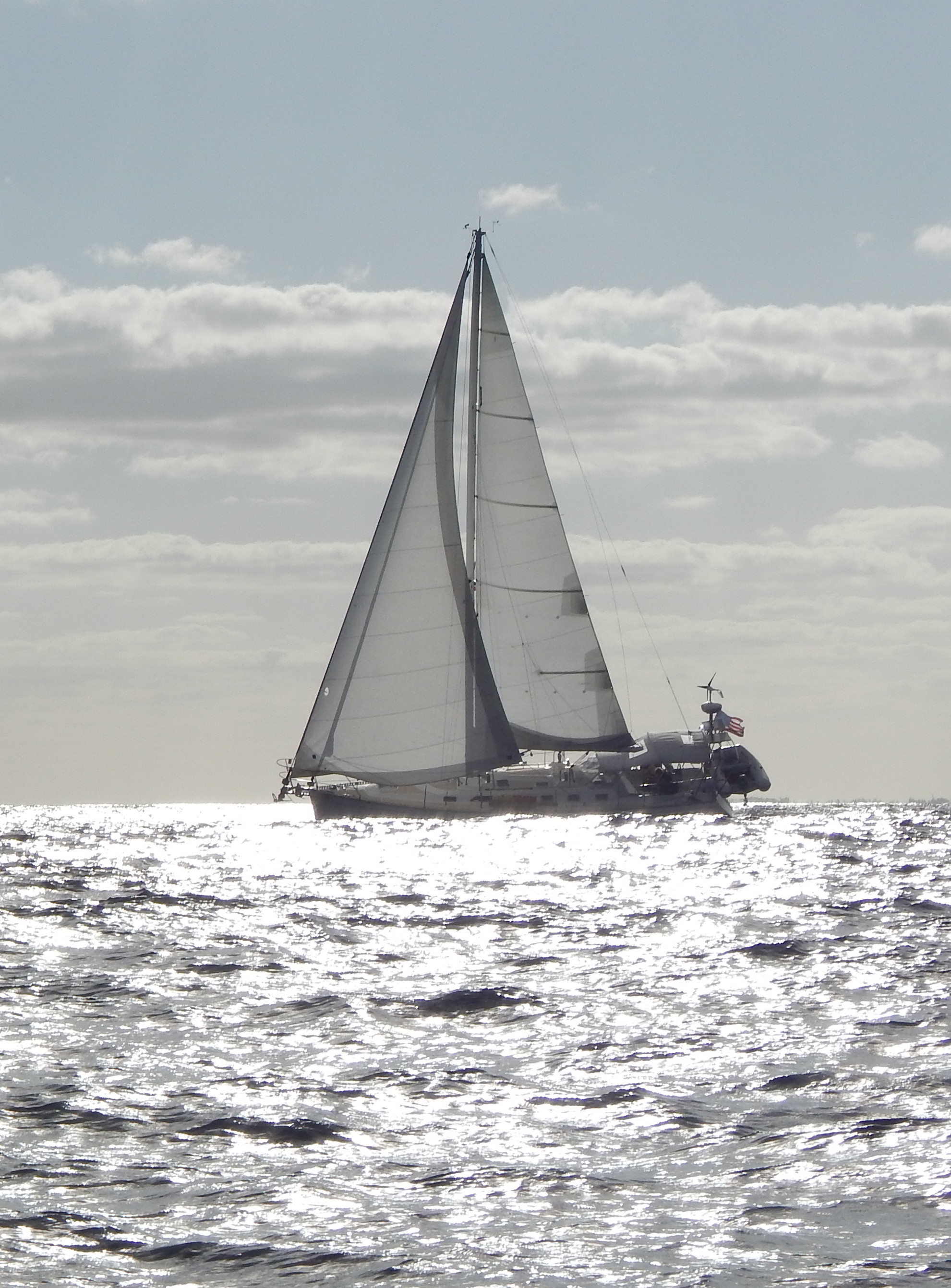 A photo of Firecracker taken by Cindy on Dark Star. 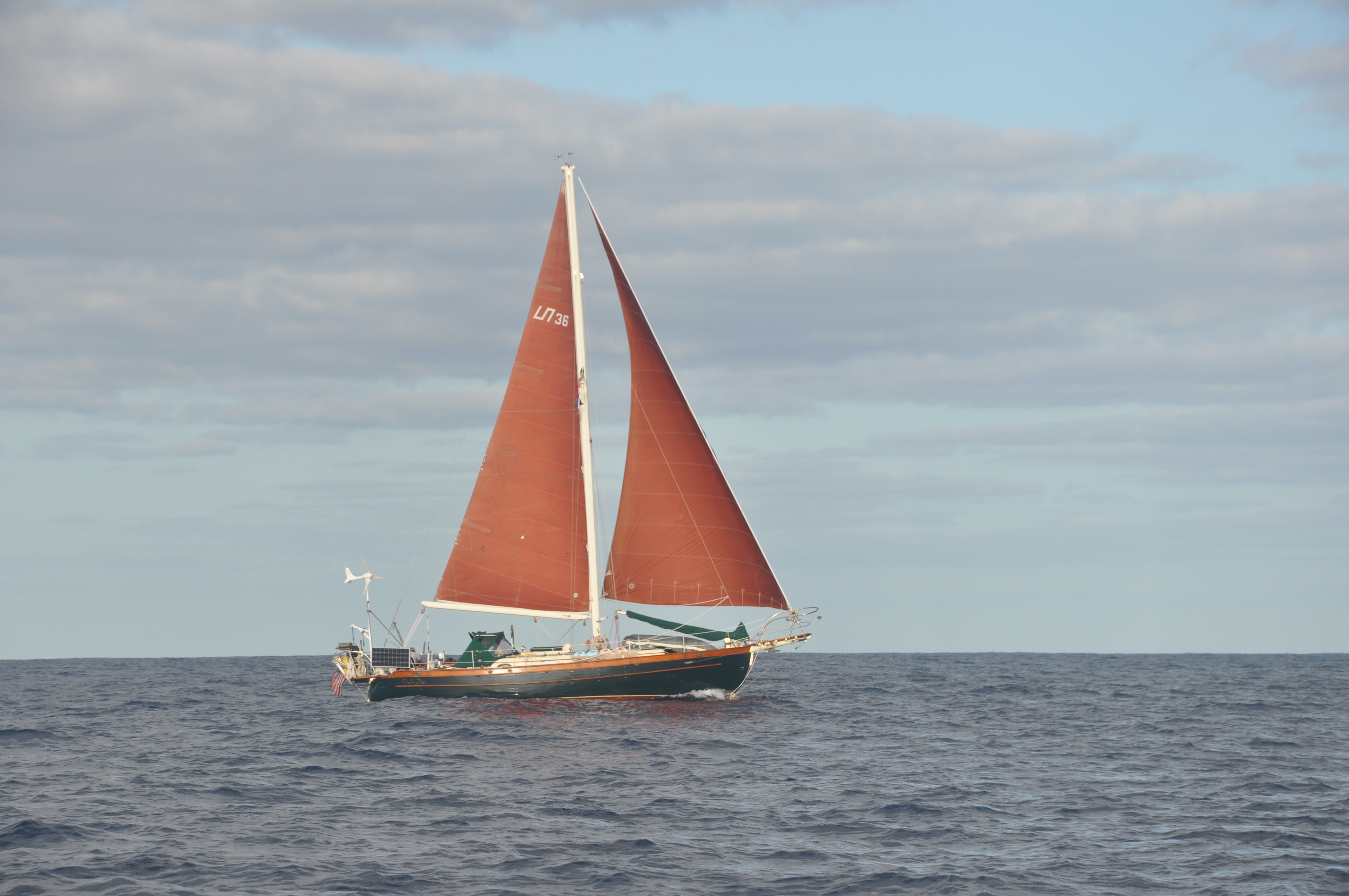 Dark Star, such a pretty boat.

Dark Star in the trough of the ocean swells on the way to Little Harbour. 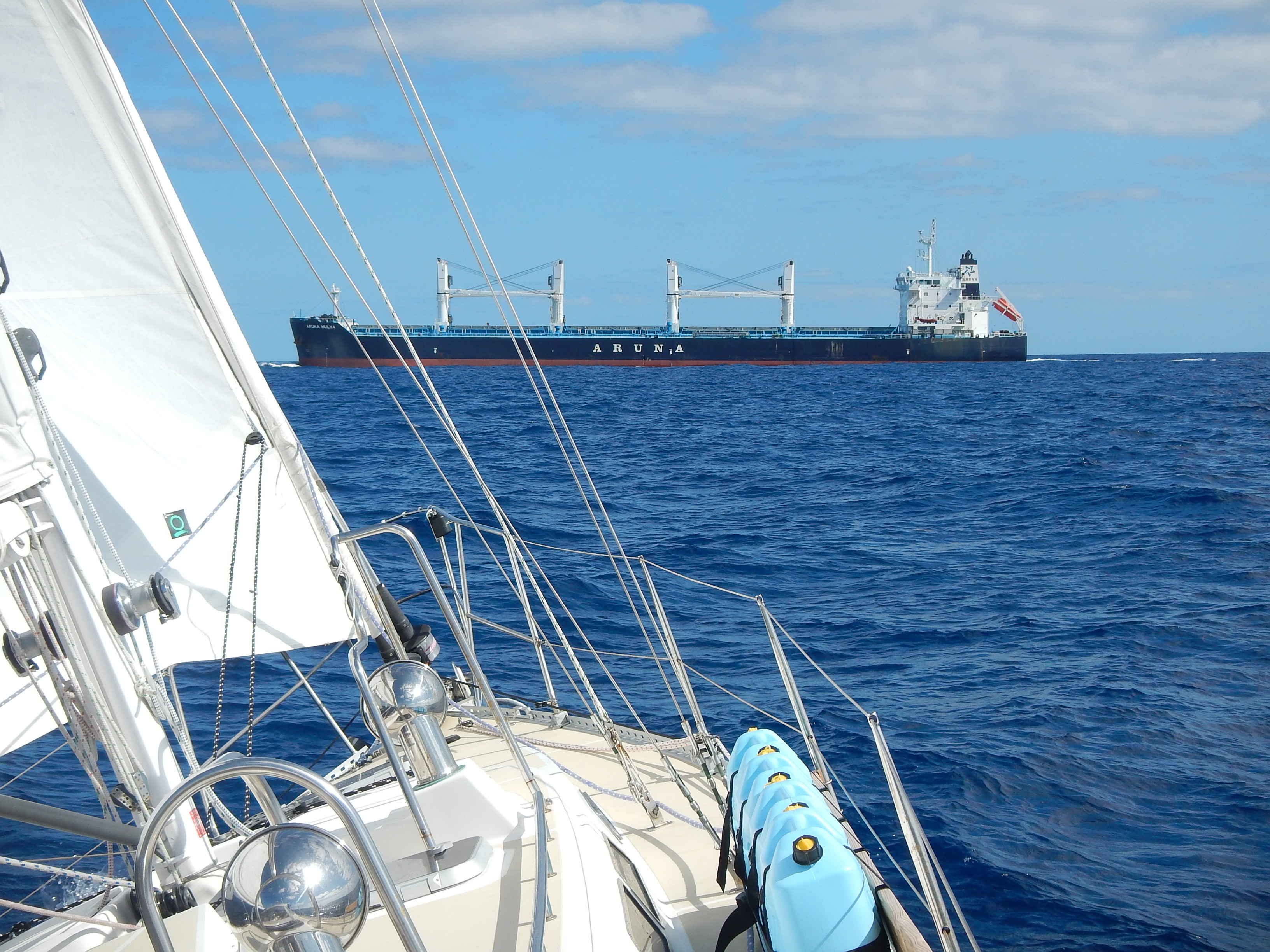 A ship crossing our bow in the Northeast Providence Channel, our CPA (Closest Point of Approach) was 0.468 Nautical Miles. 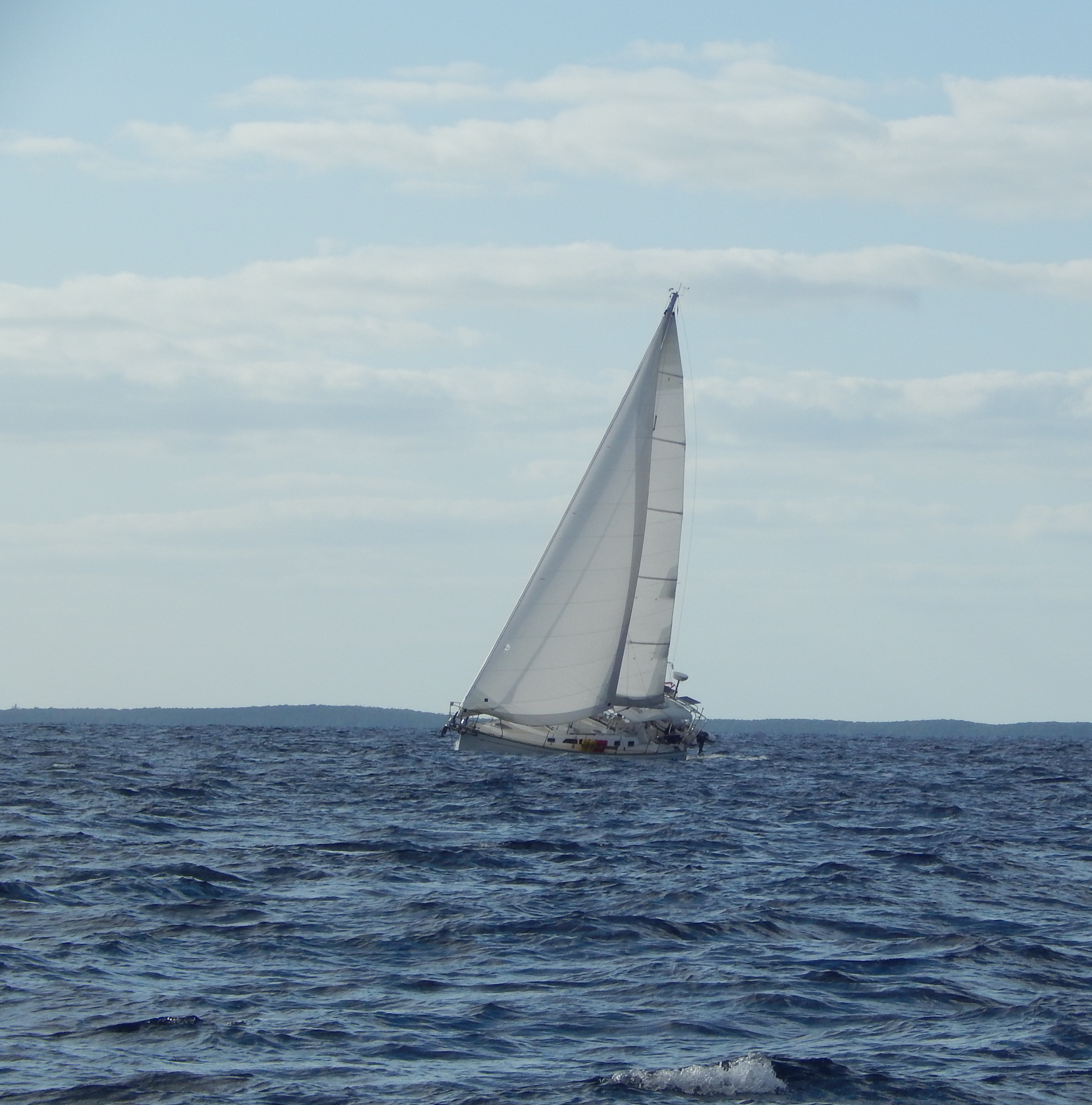 Another photo from Cindy

Eight hours later we were anchored in the lee of Lynyard Cay.  The next day while having lunch at Pete’s Pub we met Jon and Barbara from First Light, a Gulfstar 44.  This was the boat we did not catch. Barbara told us that Jon was not going to be passed by Firecracker so he had his engine on the entire trip.  It’s hard to compete with that.  Jon and Barbara were great fun and it was a pleasure meeting them.Be sure to read Ginnie’s post on the 6 Degrees of Separation related to them.

When we first heard Josh Turner’s song “Firecracker”  we knew it had to be our theme song.  Firecracker is such a fun and lively boat to sail it was hard to believe the song wasn’t written about her.  When Firecracker is charging along at 8 or 9 knots its great fun to listen to this song.

A link to the song is below.  Copy and paste the link in the address bar of your browser.

While in Little Harbor we once again dinghied to the shallows in the north to collect more shells and sea biscuits. 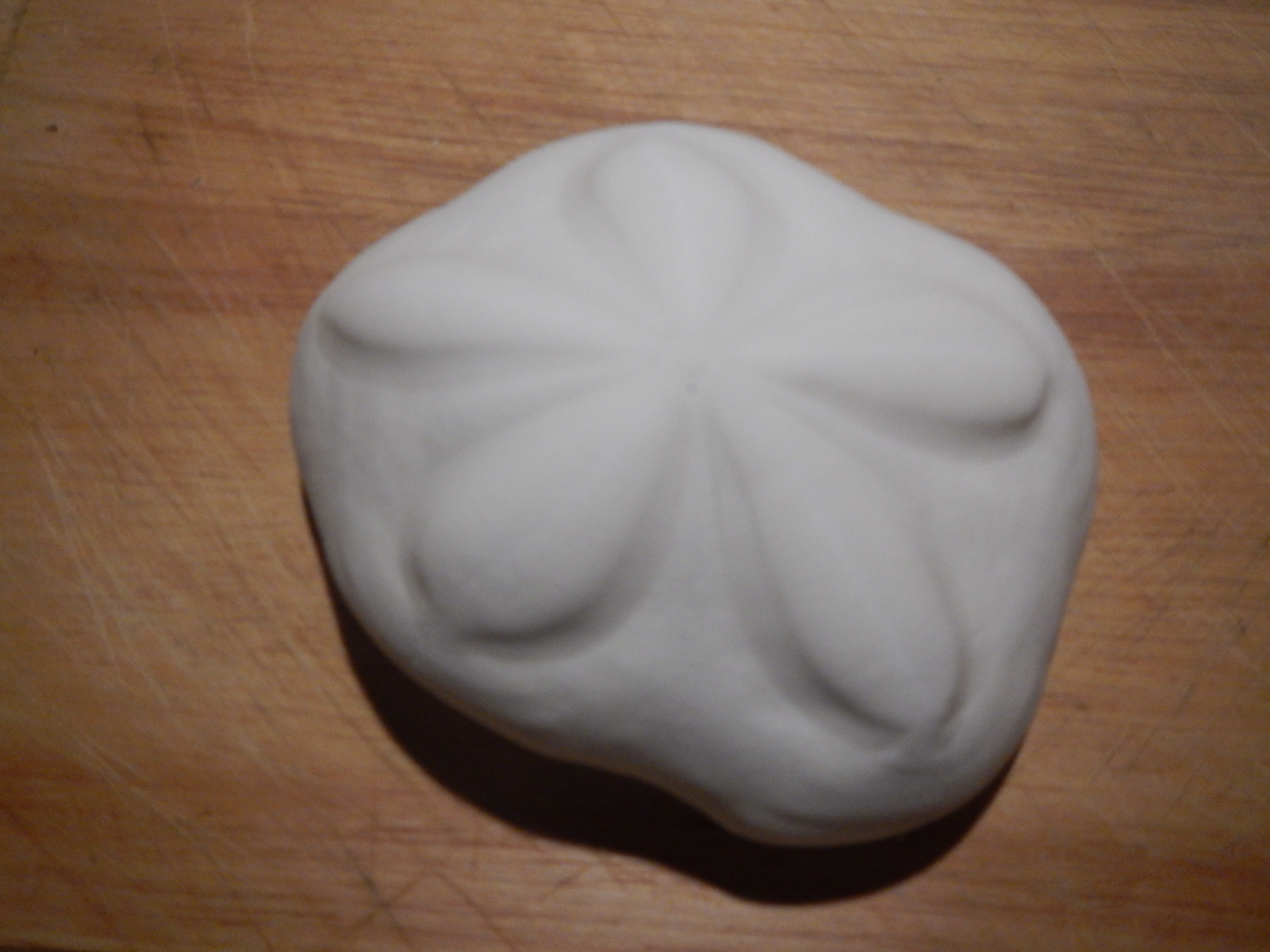 A second trip to the Gallery resulted in a second piece of cast bronze artwork. Last year we purchased a dolphin and this year a beautiful turtle.  We actually see more turtles here than dolphins. 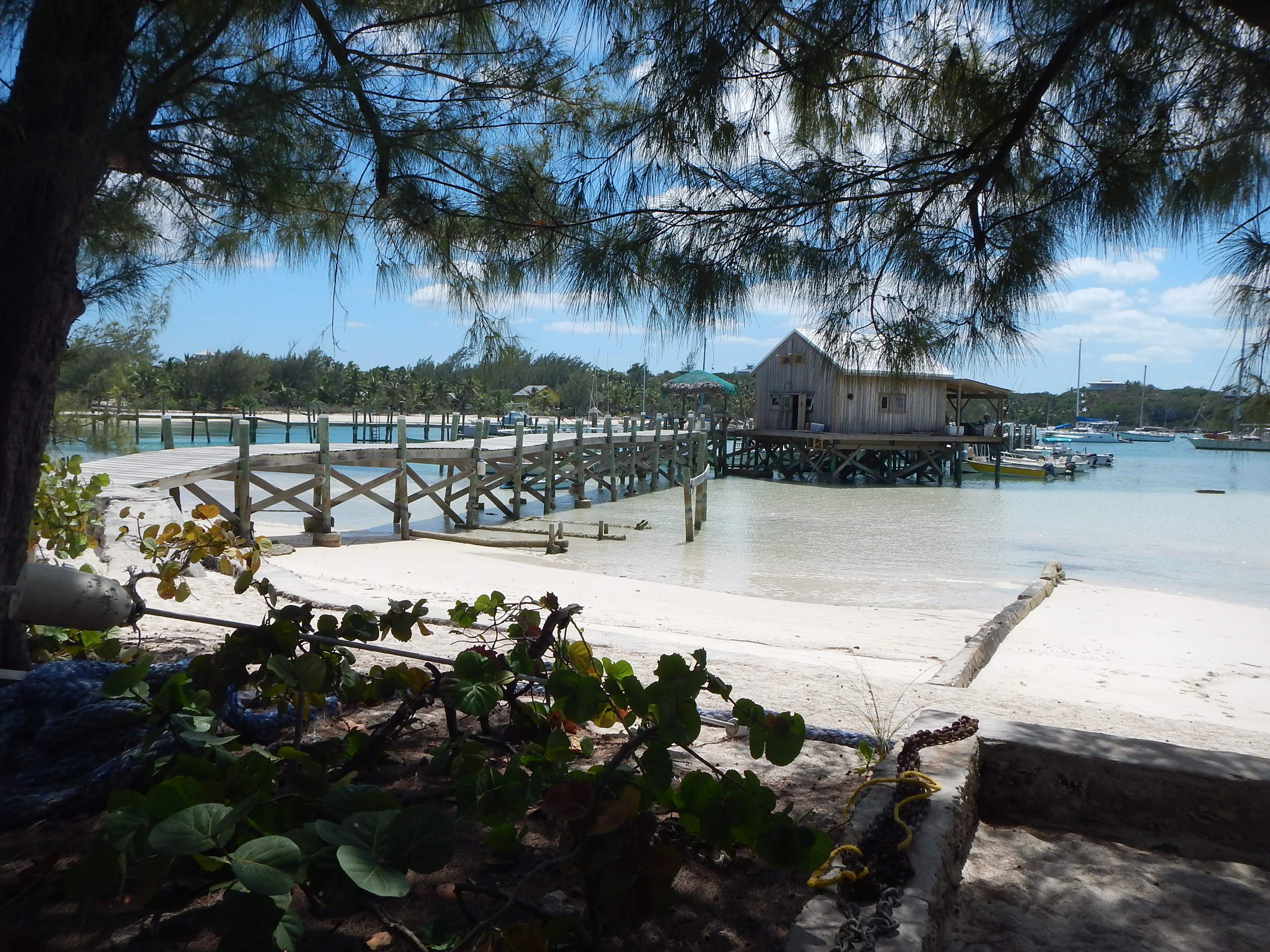 A view of Little Harbor from the Foundry.  This is where the workers at the foundry sit and have lunch.  I think I should fill out an employment application.