From Boothbay Harbor we sailed to Rockland to visit with Devon’s sister Shay and her boyfriend Max and attend the Maine Boats, Homes and Harbors Show. I’ve been known to look at boats every so often; it’s so easy to do. But being in Maine brings out my addiction with so many beautiful boats and so little time.
In a time long, long ago when I was a teenager (OK very, very long ago) I had the opportunity to sail aboard an Alden designed schooner named Voyager in Tiverton, RI. The owner was going blind and needed help to go sailing. I was available. Years later when in Newport Harbor I again saw Voyager. Knocking on the hull I inquired if this was the same Voyager that was in Tiverton. Peter Phillips, the owner, said it was and I told him how I had sailed her with the previous owner. He asked if I may have been the young boy he mentioned in an article he wrote for Wooden Boat Magazine. I was! Well let’s fast forward to August of 2014 in Rockland Maine. While touring the harbor in the dinghy we happened upon this beautiful Alden schooner, yes it was Voyager. Could it be, the same Voyager? Absolutely. We hailed to see if anyone was about and Peter’s wife was gracious to invite us aboard. Voyager has, over the years been rebuilt, both in Nova Scotia and in Thailand. She is to die for; originally built in 1929 she is in better structural condition than new with a modern layout below.
While in the Bahamas we had met Ed and Lynne on board Constance. They had completed a seventeen year circumnavigation and were cruising the Bahamas. Having dinner one evening we were reminiscing over the differences of old wood boats vs. fiberglass. I was telling the story of how I had sailed and slept many nights aboard an old Alden schooner in Tiverton. Ed to my amazement said “That was Voyager, and you were the young boy that sailed with Dr. Dewing”. Ed, while circumnavigation the world, had met Peter Phillips in the south Pacific and was told the story of the young boy in Tiverton. At that time Voyager was also in the midst of her fifteen year circumnavigation. This is a very small word indeed. It was very sad to learn that Peter had passed away, I would so much liked to have talked to him again.
Here are a couple of photos of Voyager that I found on line. 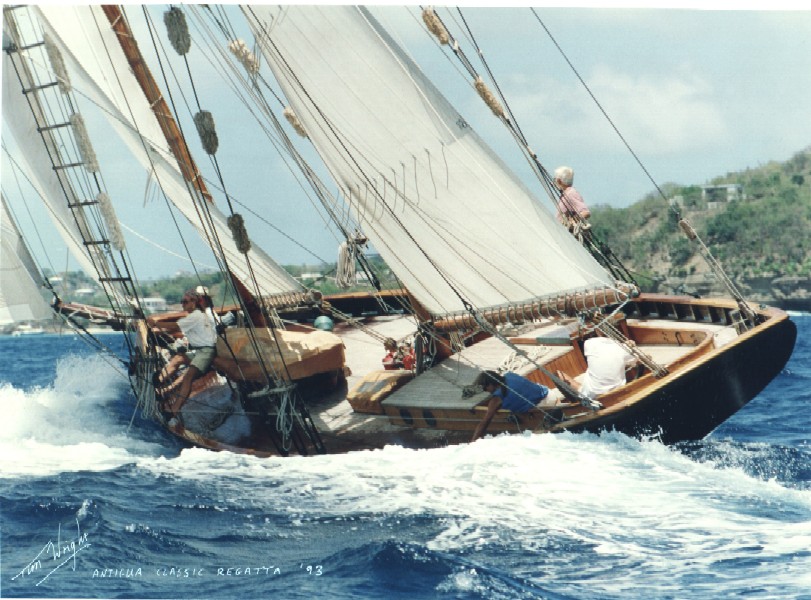 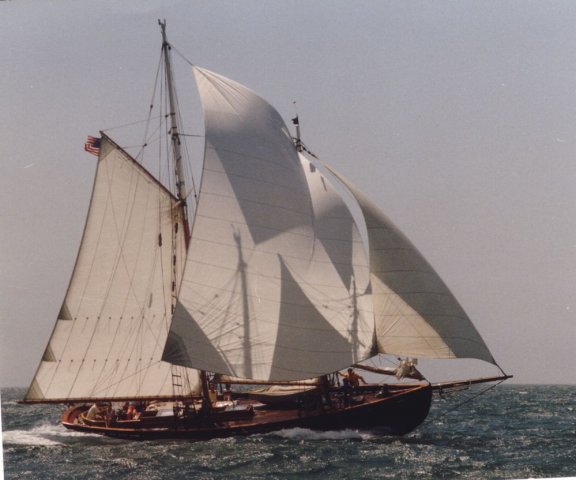 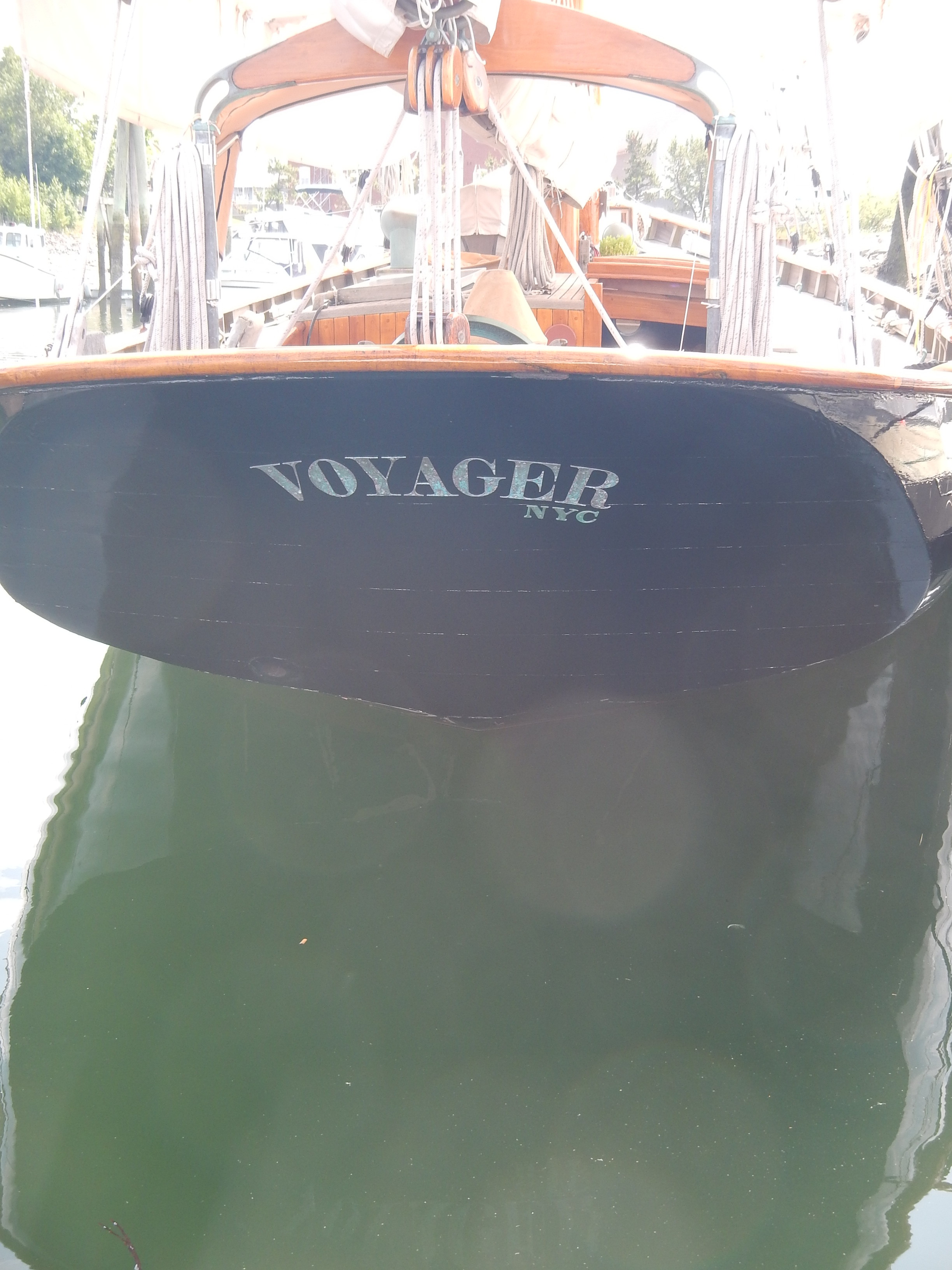 Voyager at the dock in Rockland.
The next morning we dropped the mooring and left for Stonington ME for lunch and then on to Swans Island. 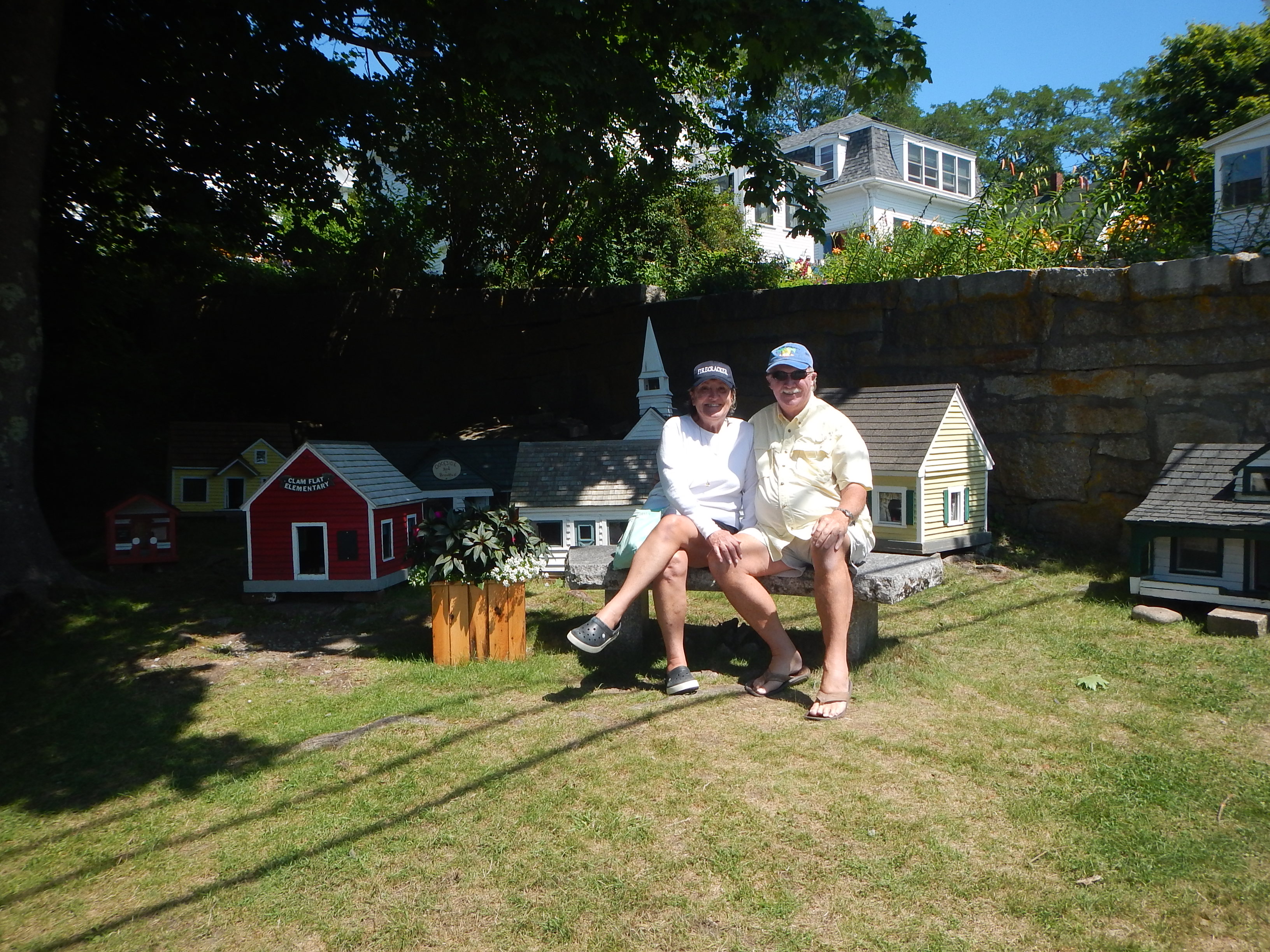 Stonington was so nice Ginnie and I thought we would look for a small vacation house. 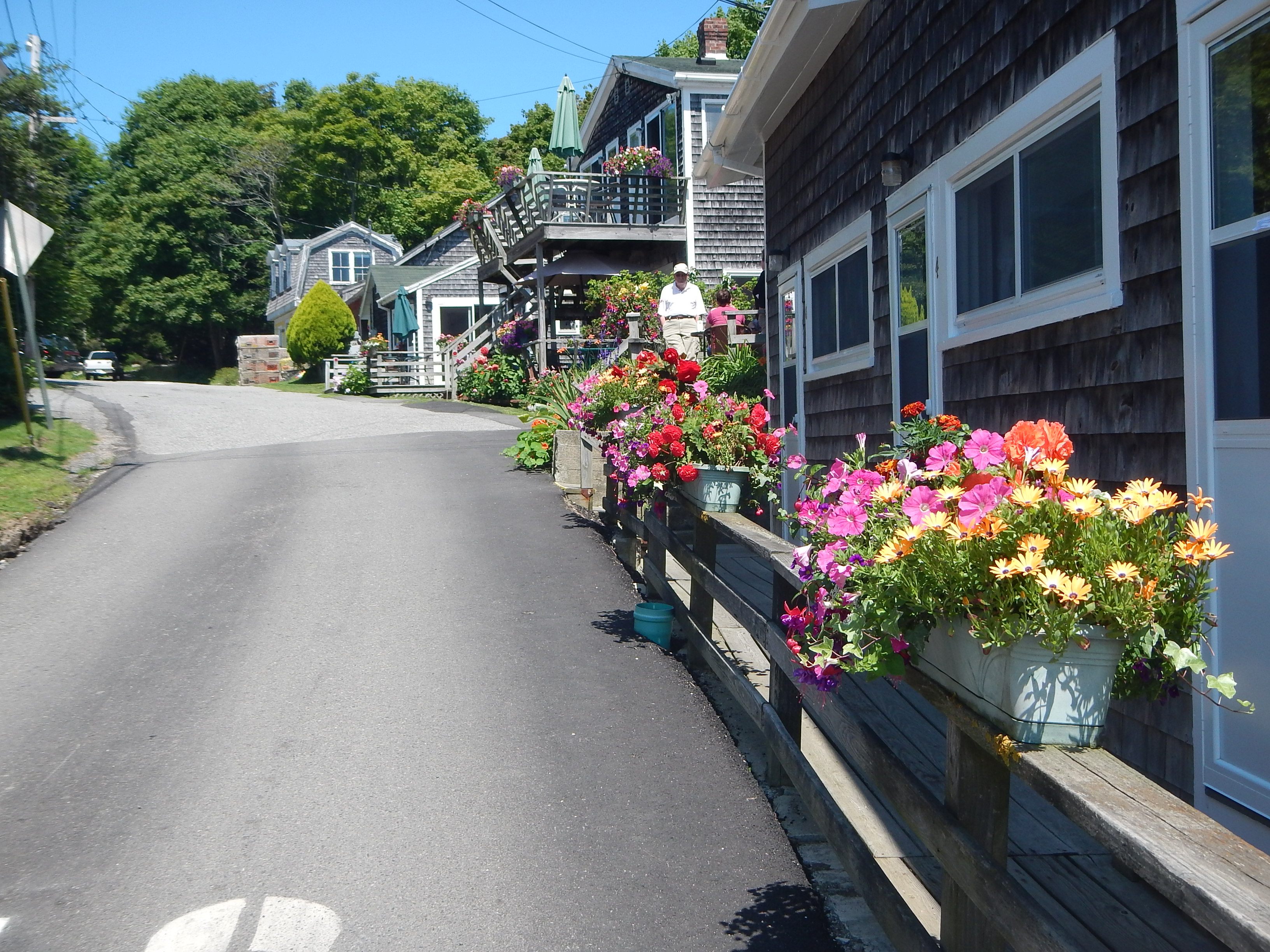 Dan had told us that “lobsters in the rough” could be had at Trafton’s Wharf. Buy them there, maybe get them cooked, and bring them back to the boat. Trafton’s looked to me to be just another tired fisherman’s wharf, and it was. But just as advertised by Dan, we were able to buy steamers and lobsters. The owner said he didn’t have time to cook them for us as he was leaving for a local chowder cook-off. Dan said “no problem, can we cook them ourselves?” He agreed and we then had a feast on board. You have to love Maine! 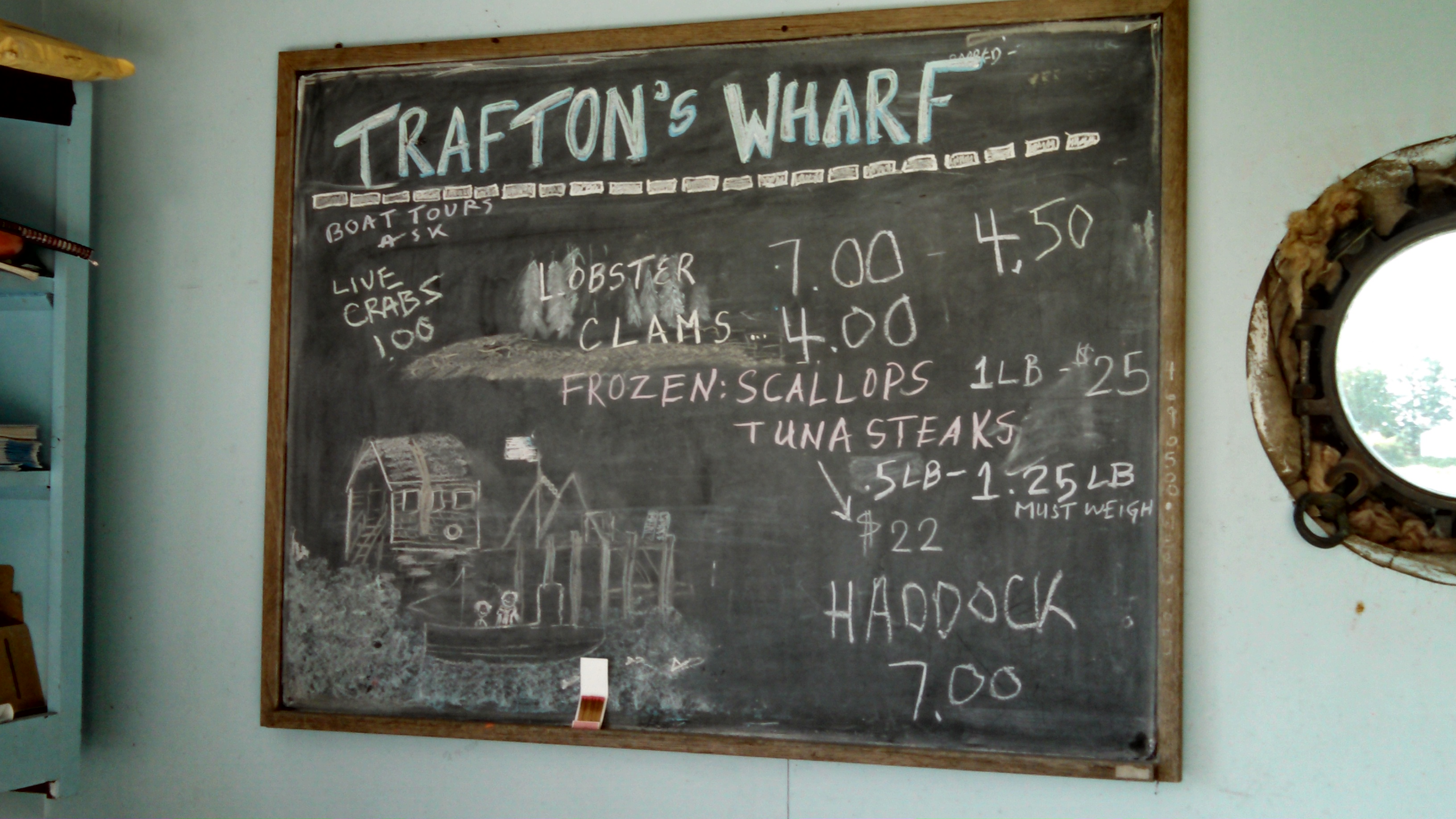 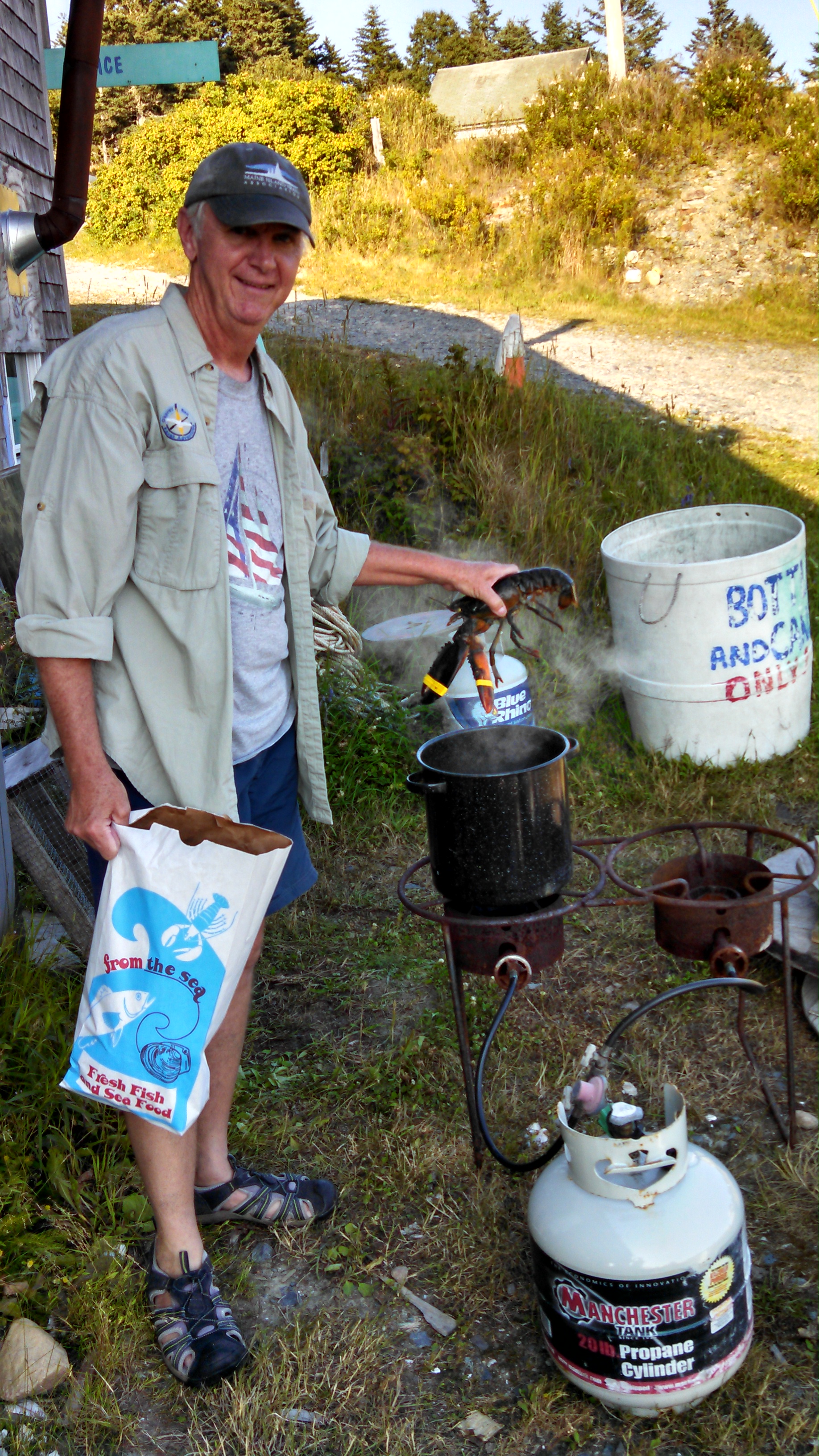 Chef Dan….Lobsters in the Rough.

Lobsters and steamers with corn on the cob for four…..$45, not bad Dan! 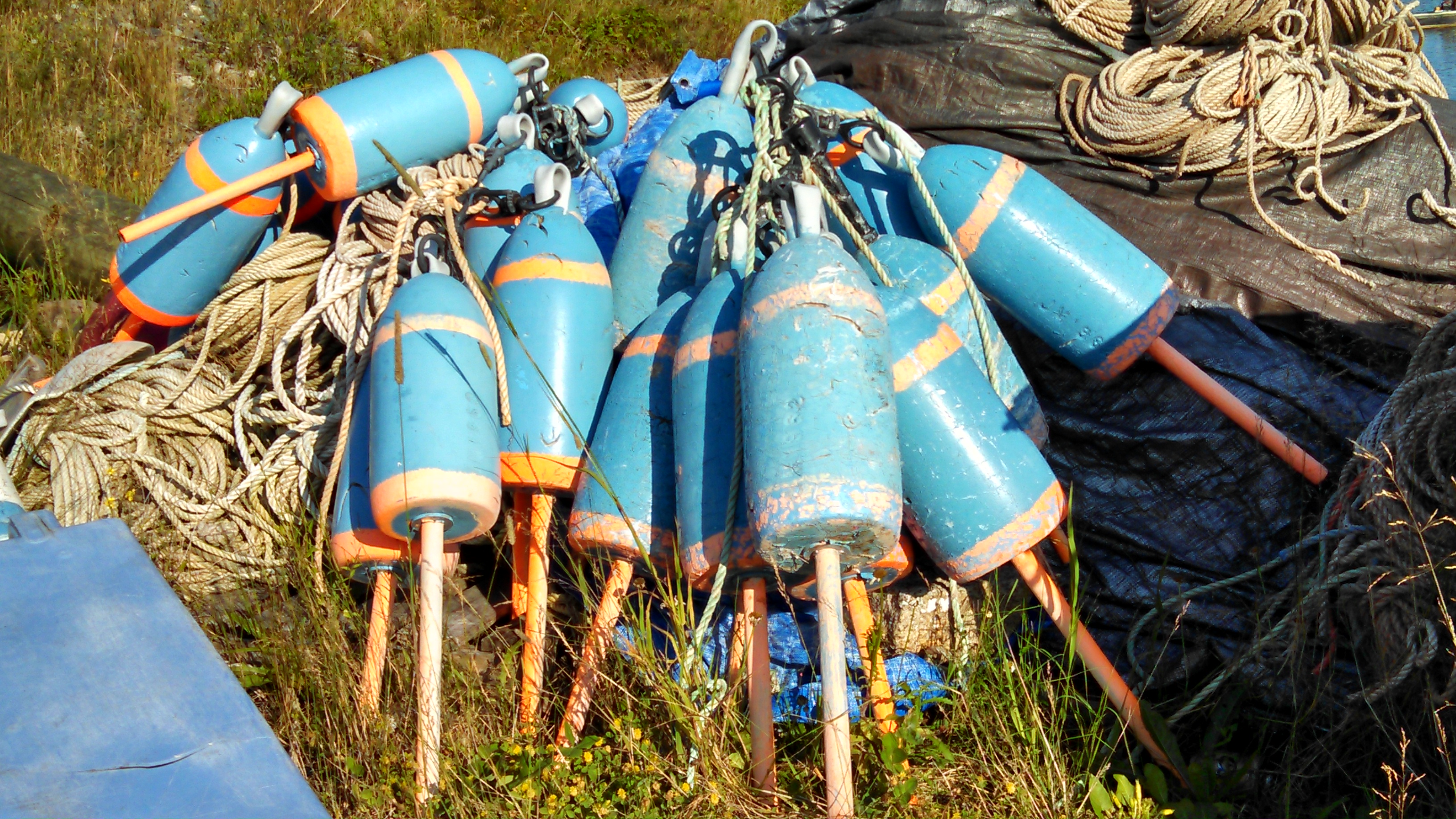 This photo is for Ginnie, she just loves to look for lobster pot buoys….NOT!

Firecracker anchored in Burnt Coat Harbor at Swans Island.
The mooring at Swan’s Island had a Coke bottle attached to the mooring pennant for payment. In the morning Ella and her dad came to empty the bottle. You really have to love Maine. 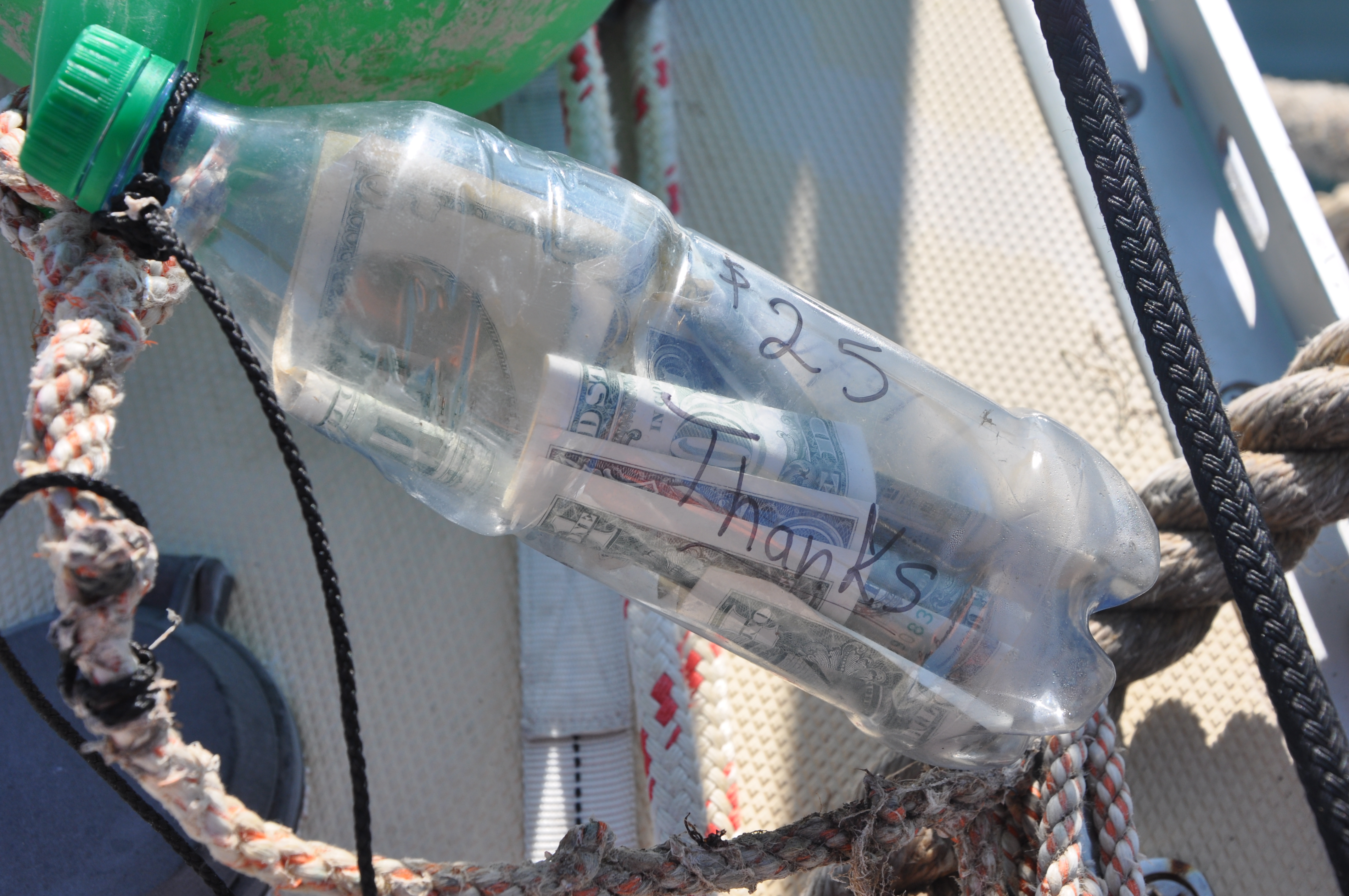 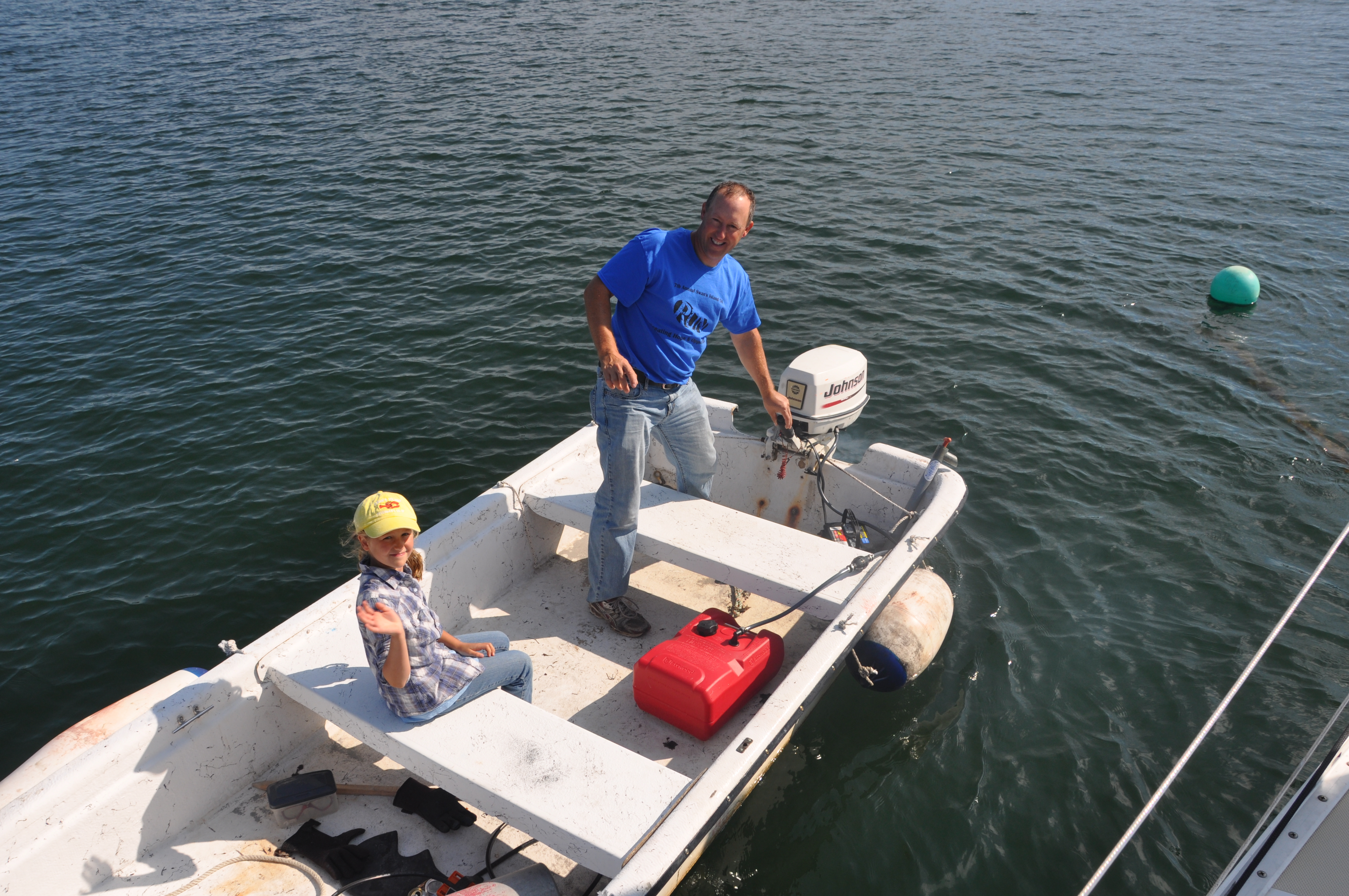 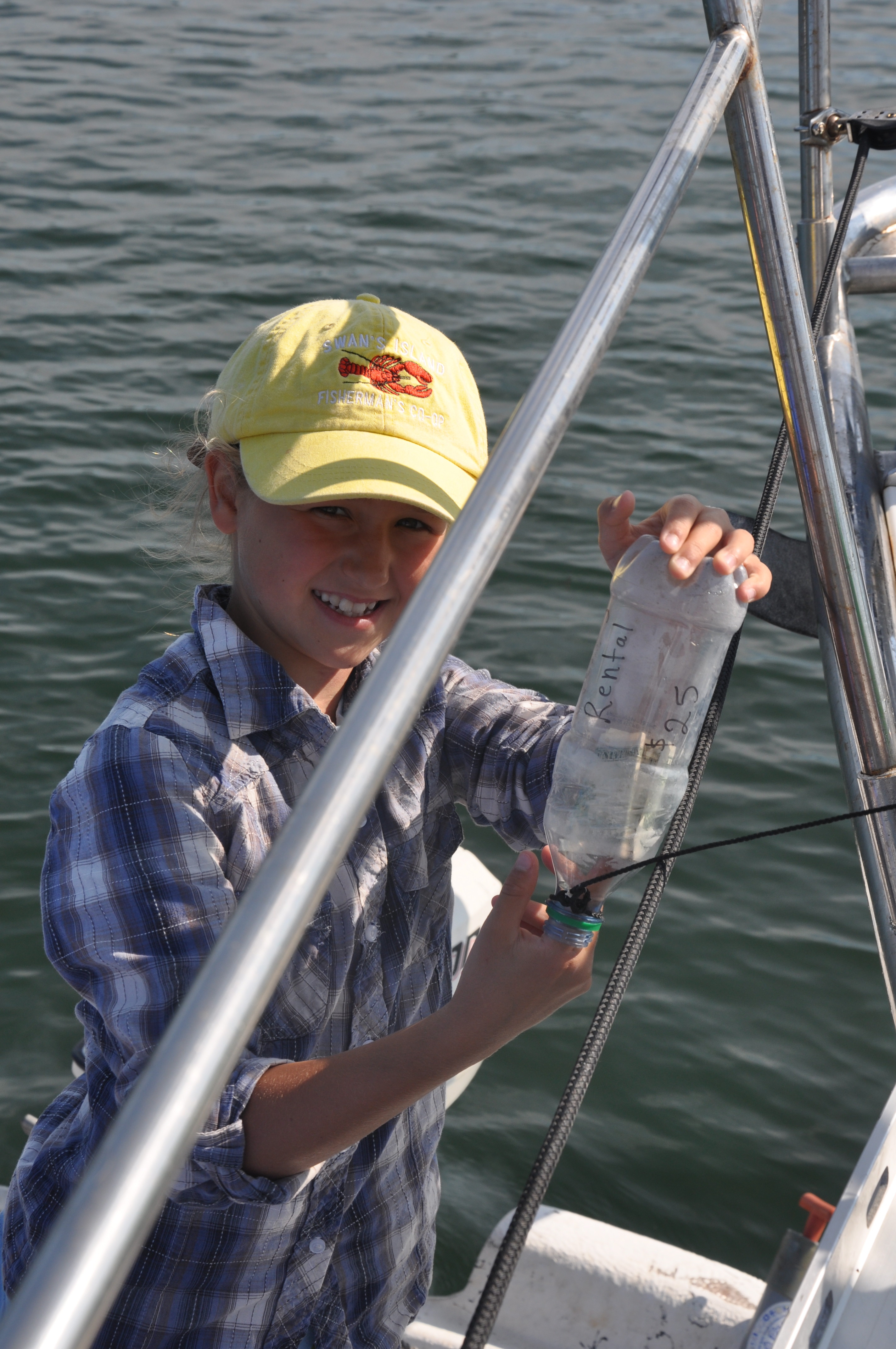