Going to Maine without stopping at Northeast Harbor would be a disappointment for us. Not wanting to be disappointed, we left Swans Island and sailed east. The term Eye-Candy had only one meaning when I was younger. Now I have to admit that there is a second type of Eye-Candy to be admired; those many beautiful, well cared for Downeast style boats in Northeast Harbor.
Also a must see there is Thuya Garden. The totally organic garden and surrounding land is a wonderful blend of semi-formal English border beds and indigenous eastern Maine woodlands situated on a granite hillside overlooking Northeast Harbor.
We dinghied to the Asticou Terraces Landing and walked up the 1/4–mile Asticou Terrace Trail to the garden and lodge, passing the Joseph H. Curtis Memorial and enjoying the views from several lookouts along the way. The garden’s borders are a mixture of colorful annuals and perennials defining the two sides of an expanse of grass lawns leading to the upper pavilion at the northern end and a shallow reflecting pool at the southern end. Below are just a few of the photos I took. 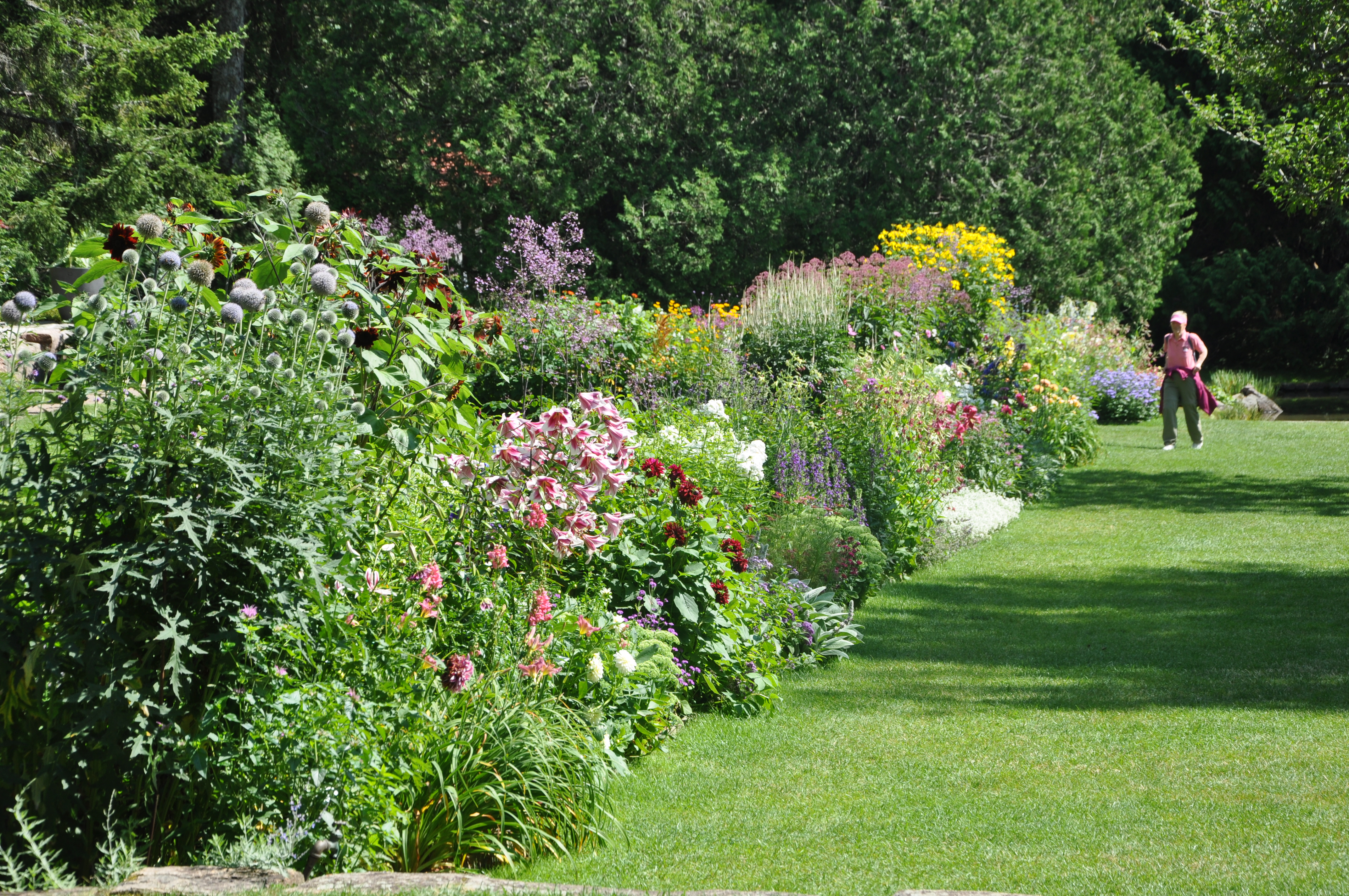 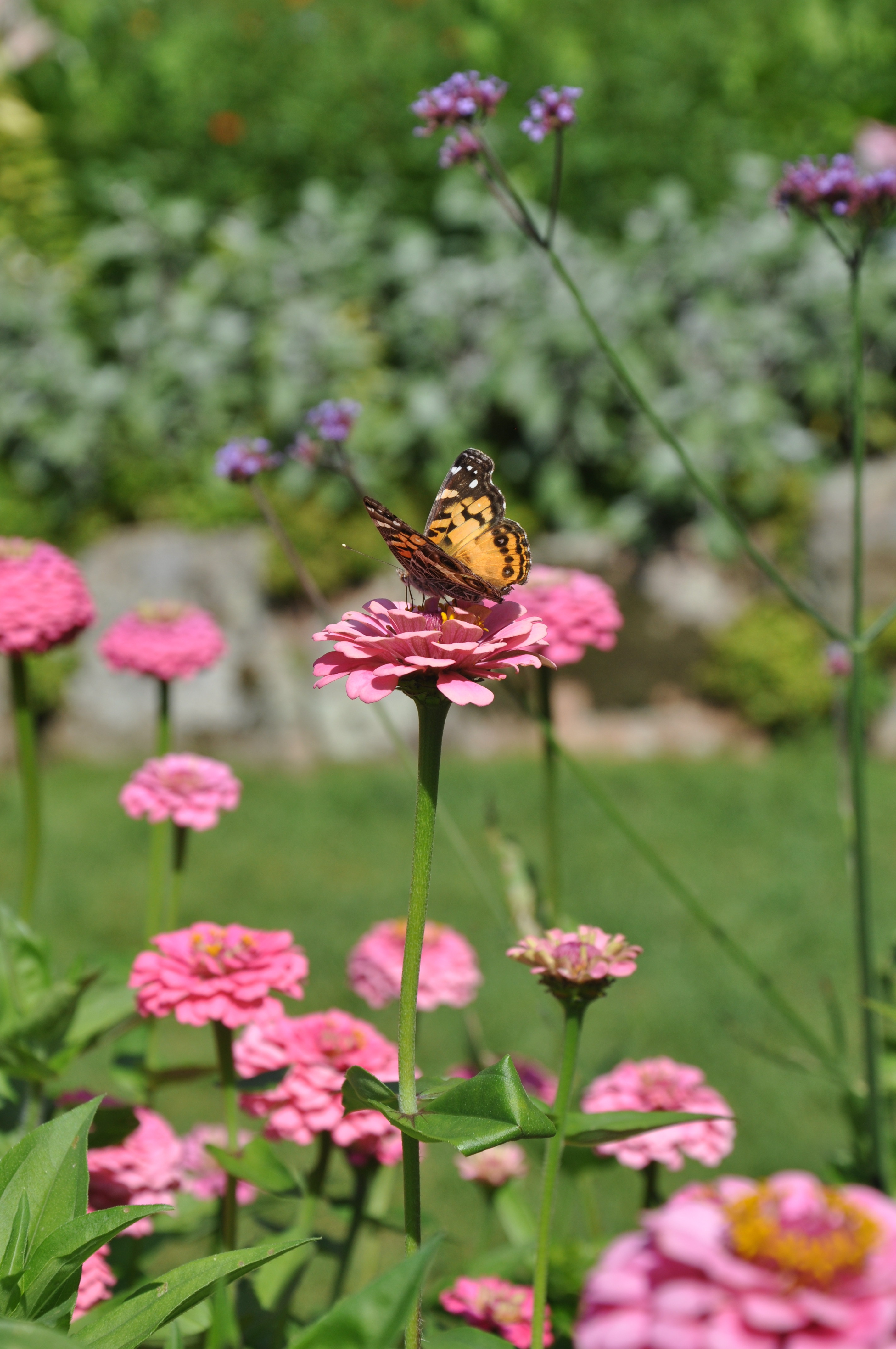 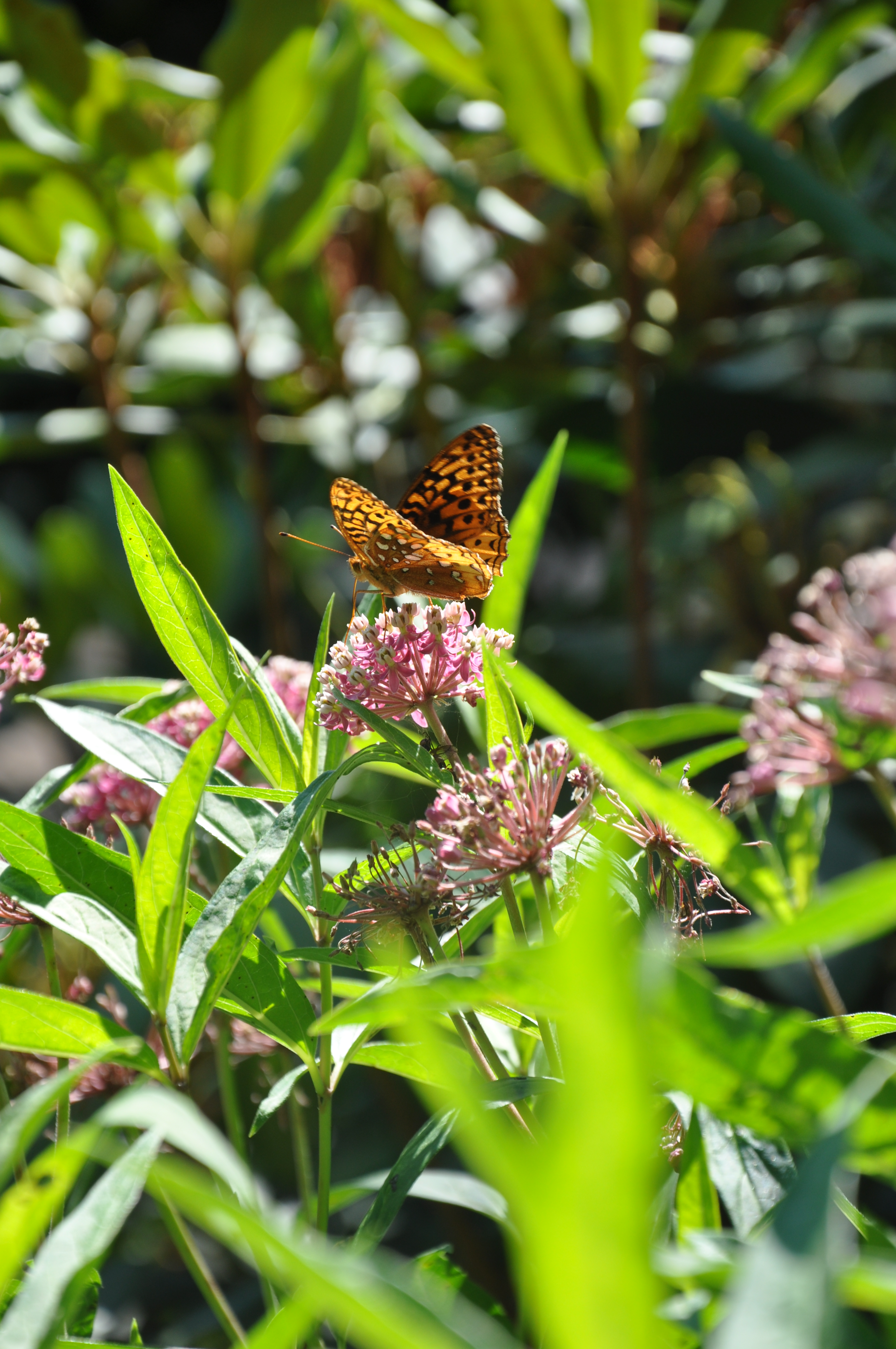 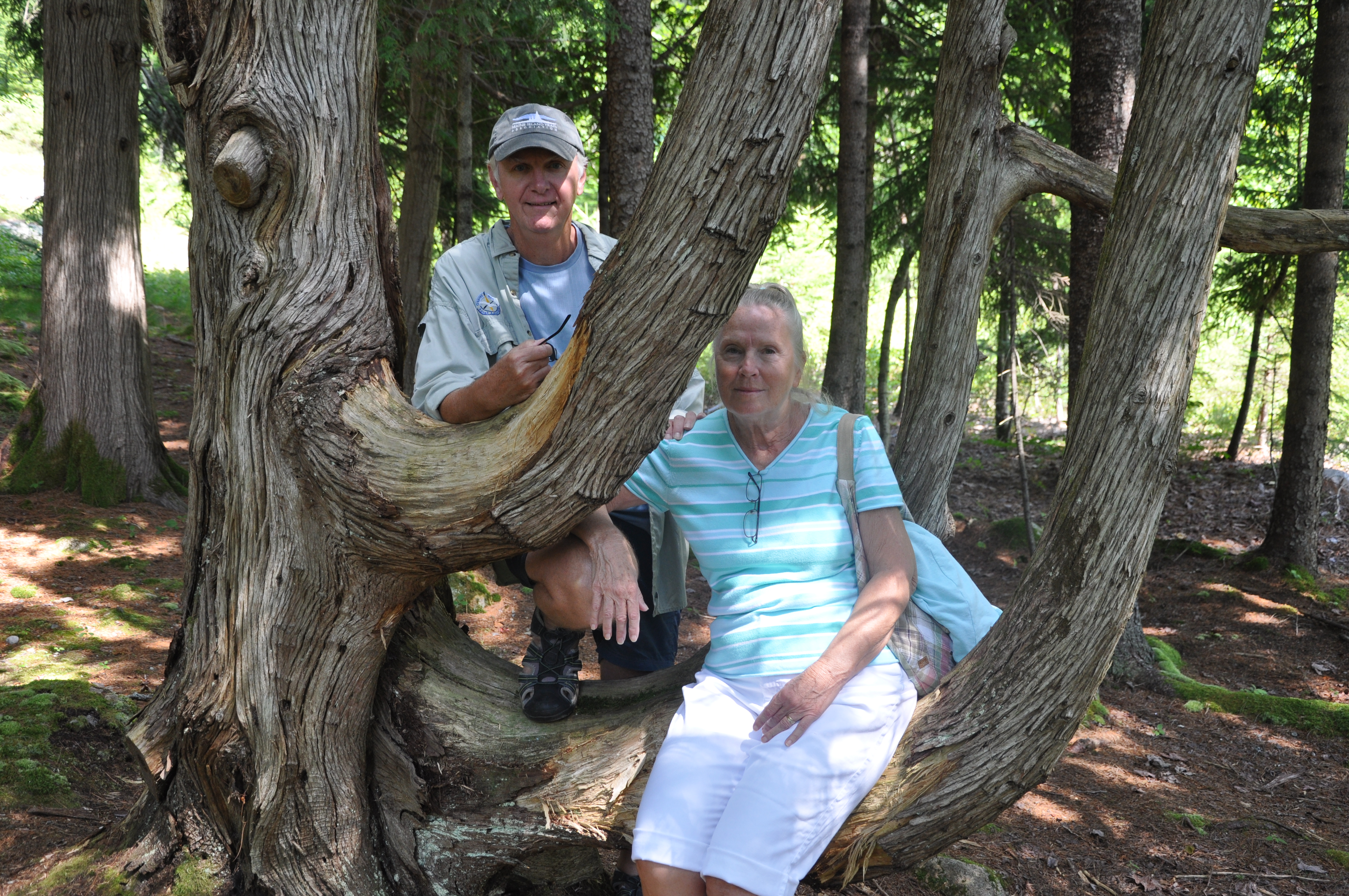 The harbor from the trail going to the gardens.

Meeting fellow cruisers from the Bahamas here in Maine is getting to feel routine. On our way here we received a call on the VHF radio from Dave & Suzy on Cay Paraiso. They were sailing south and called to ask if we were the Firecracker that was in the Bahamas. We were and had a long chat with them. Their home port is Wiscasset, ME.
While on the mooring in the harbor two dinghies pulled alongside- Burt & Pru from Exuberant and Bill & Gayle from Spiraserpula whom we both met in, you guessed it, the Bahamas. It was great to see them once again. 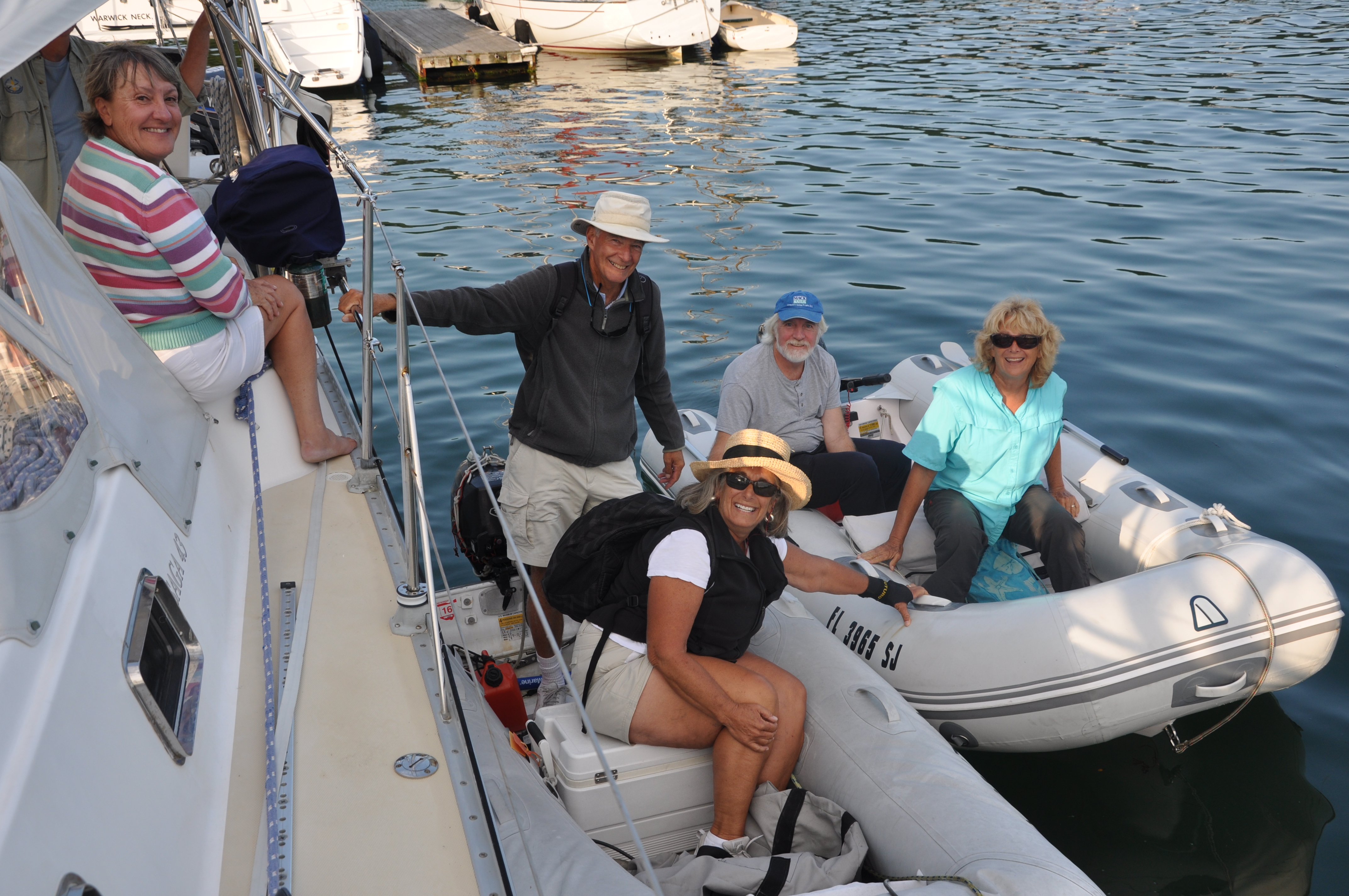 Bill, Pru, Bill & Gayle
On our way to check in we met former neighbors on the dock who were from Mystic. It is truly a small world.